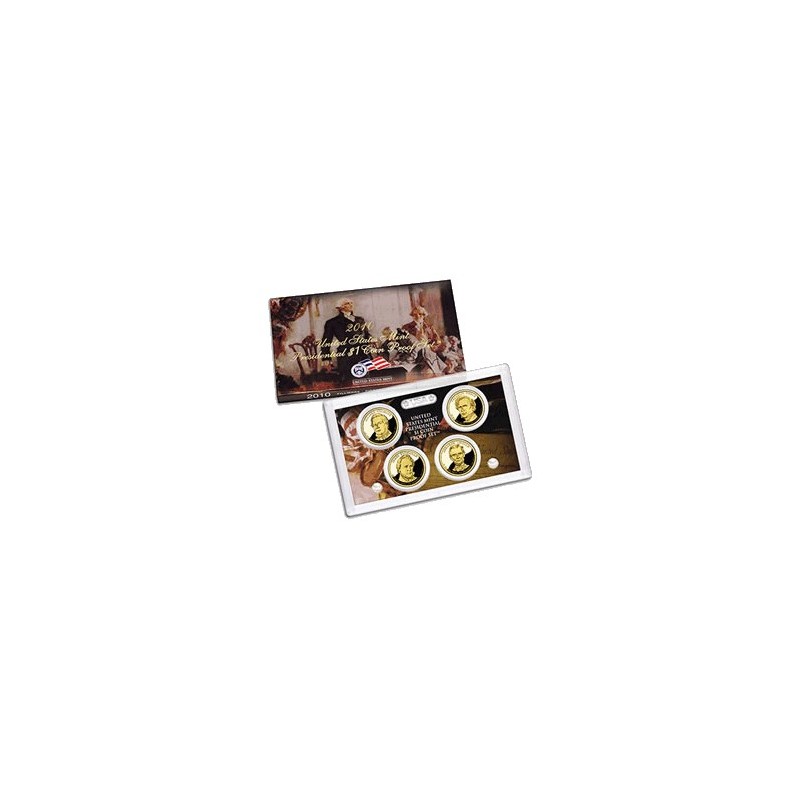 The United States Mint has struck a set of four Presidential $1 Coins in proof quality.

The fourth four presidents, Millard Fillmore, Franklin Pierce, James Buchanan, Abraham Lincoln will appear on the set in 2010. The Statue of Liberty appears on the obverse.

The inscription on the coin rim "E Pluribus Unum," "In God We Trust" and the mintmark. This set is a shining example of the United State Mint's committment to quality and excellence.

These proof coins are struck to extraordinary brilliance, with a sharp, mirror-like background.

The sculptured foreground gives a special cameo effect. These proof blanks are specially treated, polished and cleaned prior to striking, the coins are then placed into presentation cases to show and maintain their finish.

These fourth four coins will be minted only in 2010, and never again.