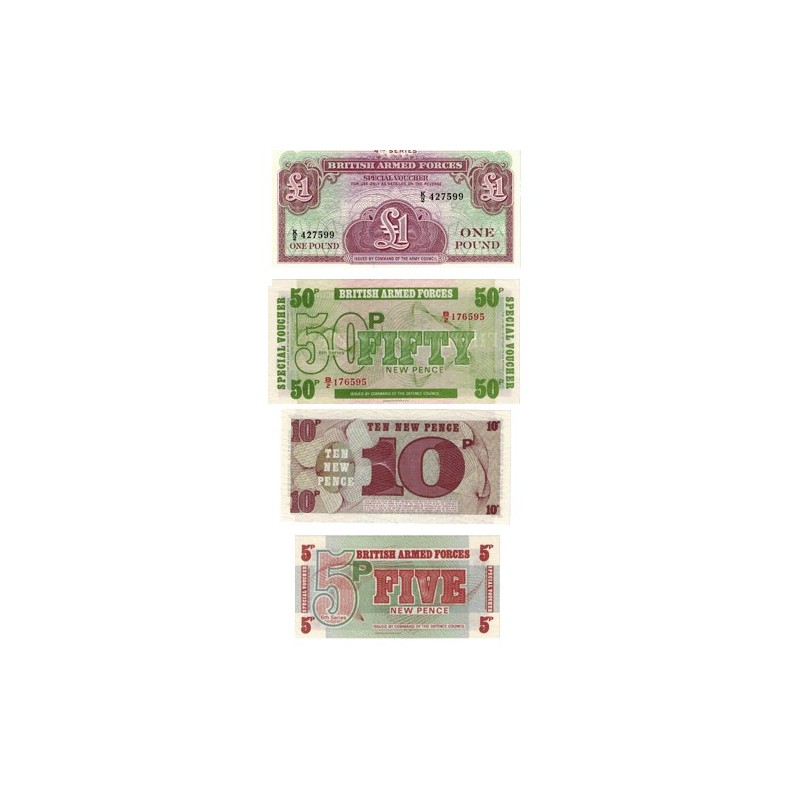 - Issued to troops in foreign countries

These British Armed Forces notes were issued to troops serving in foreign countries.

The British Armed Forces issued their own banknotes between 1946 - 1972.

The special design meant the notes were only valid within the occupied are and could not be captured and used to determine the occupying nation’s currency.

To enable tracking of the notes they were all serial numbered and the printer was the highly respected Bradbury, Wilkinson and Co.

These notes come from a hoard that was discovered in the British Ministry of Defence more than a two decades ago.