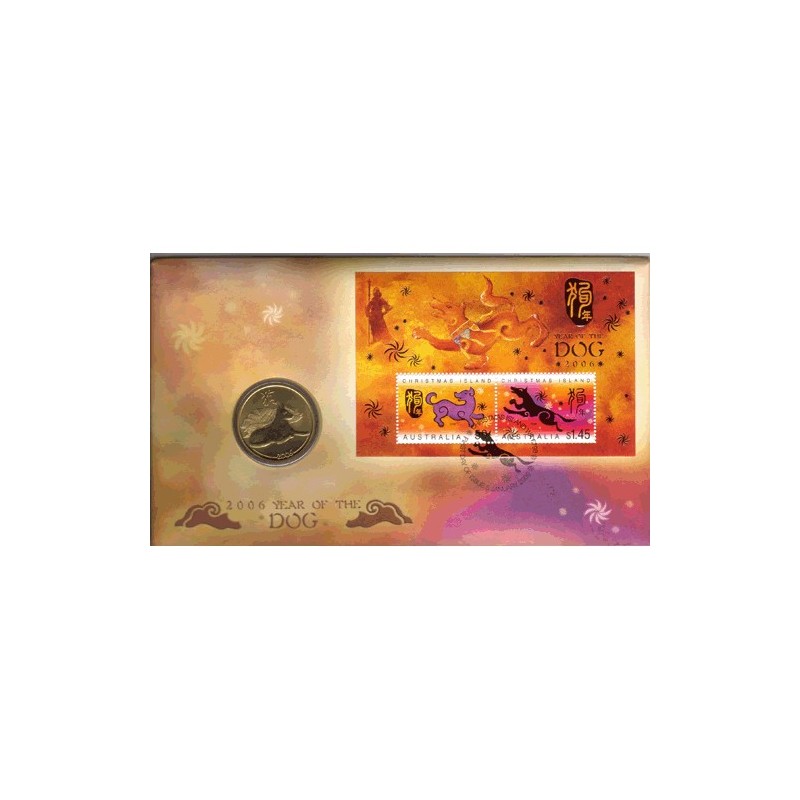 Issued to commemorate the 2006 Chinese Year of the Dog.

This coin and stamp issue includes the 50c dog coin and commemorative stamp.

The Australian Lunar Series coin, struck by The Perth Mint from aluminium bronze, features a shiny representation of a German Shepherd and the Chinese character for 'dog' on a frosted background portraying a mountain terrain. Issued as legal tender under the Australian Currency Act 1965, the 50c coin's obverse depicts a frosted effigy of Her Majesty Queen Elizabeth on a shiny background.

The coin is mounted on a brightly illustrated card featuring Chinese-style illustrations.

The card and coin are presented in a first day cover envelope featuring a circular window to reveal the coin.

The envelope displays a $1.45 and a 50c Christmas Island stamp from Australia Post's Territories Collection.

The stamps depict dogs and the words CHRISTMAS ISLAND and AUSTRALIA. The stamps are postmarked 6 January 2006, the day Australia Post released this exciting product.

NOTE : Does not include protective cover - available separately.