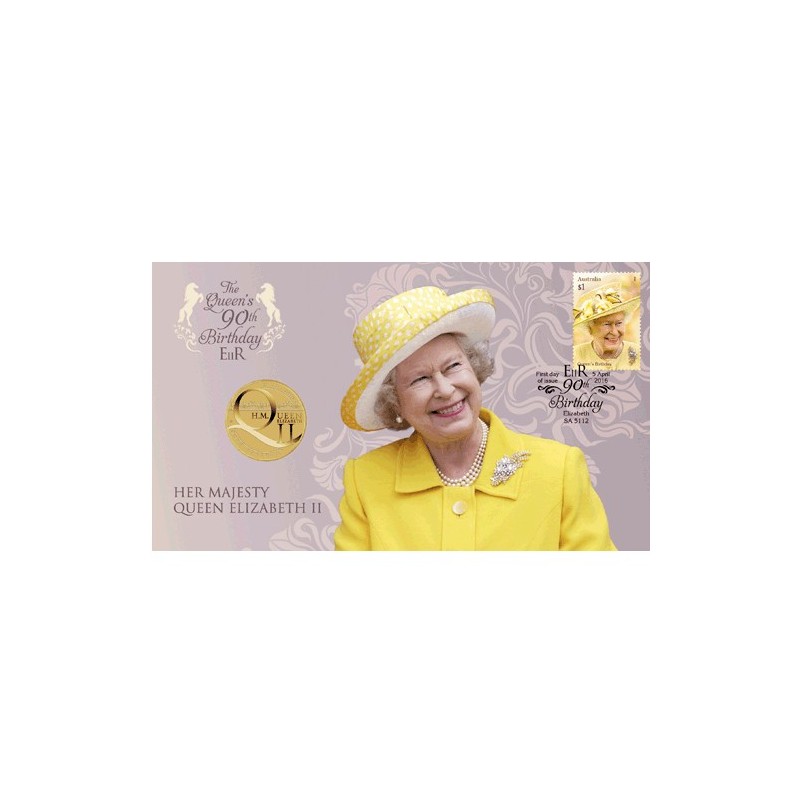 On 21 April 2016, Queen Elizabeth II will celebrate her 90th Birthday.

On 21 April 2016, Queen Elizabeth II will celebrate her 90th Birthday. Each Commonwealth country traditionally celebrates The Queen’s Birthday on a designated day in May or June. In the United Kingdom, it falls on the first, second, or third Saturday in June, which was chosen for the fine weather in the northern hemisphere, making it a preferable time for a public holiday.

The Perth Mint and Australia Post have released this stunning Coin & Stamp Cover PNC to celebrate this momentous milestone. Issued as legal tender under the Australian Currency Act 1965, the uncirculated aluminium bronze coin is housed in a beautifully designed card with a circular window revealing the coin’s reverse and obverse designs. This beautiful Stamp and Coin Cover would make a wonderful gift or collectable.

The coin’s reverse features a stylised crown pattern, the inscription H.M. QUEEN ELIZABETH II 90TH BIRTHDAY and the date 21-4-2016 and The Perth Mint’s ‘P’ Mintmark. The Ian Rank-Broadley effigy of Her Majesty Queen Elizabeth II, the 2016 year-date and the monetary denomination are featured on the coin’s obverse.

Affixed to each envelope is an official Australia Post $1.00 stamp. The stamp is postmarked 5th April 2016 Elizabeth SA 5112 and includes the Australia Post’s Seal of Authenticity.