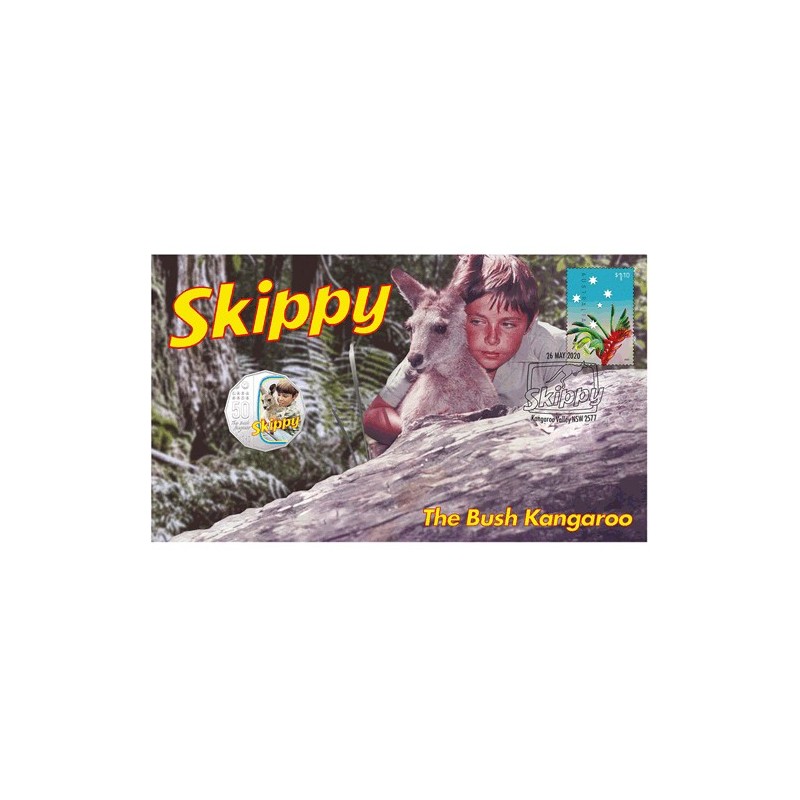 It aired 91 episodes over three years and captured the hearts of millions of people around the world.

To honour the 50th Anniversary of the last episode, which aired in May 1970, the Royal Australian mint has issued this Australian legal tender coloured 50c commemorative coin.

The coin features a full coloured image of Skippy and Sonny, and is housed in an insert inside an Australia Post commemorative envelope with a $1.10 stamp.

The obverse of the coin bears the Jody Clark effigy of Her Majesty Queen Elizabeth II, the 2020-year date, weight, purity and monetary denomination.

This limited edition coin & stamp cover has been set at a mere 6,000