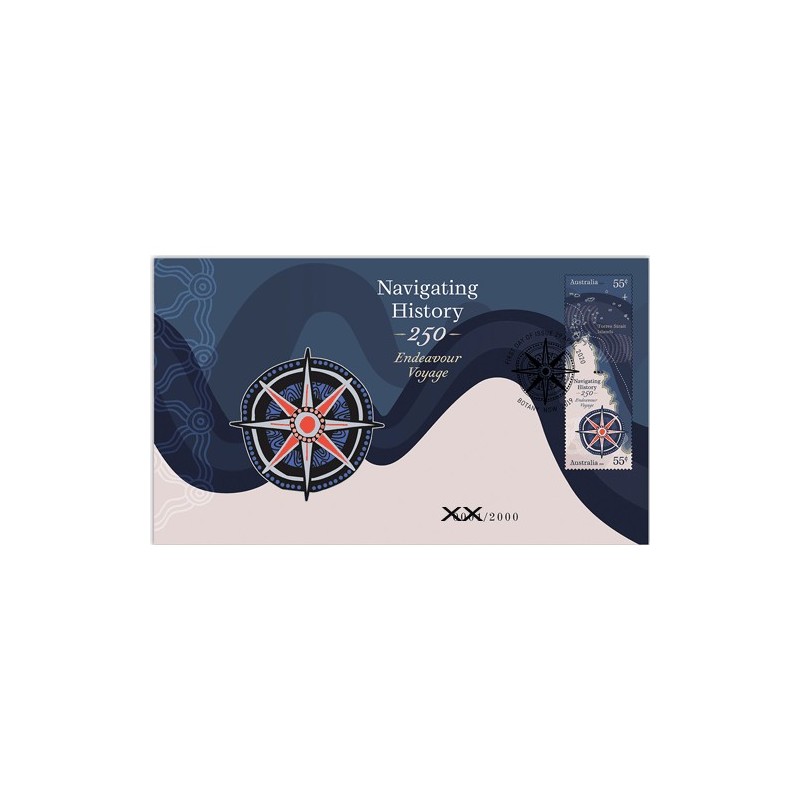 The Navigating History stamp issue marks the 250th anniversary of the Pacific voyage of HMS Endeavour, the first recorded ship to make landfall on the east coast of the continent now called Australia.

Among those on board were the captain, Lieutenant James Cook, naturalists Joseph Banks and Daniel Solander, and artist Sydney Parkinson. For several months from April 1770, they charted the east coast, collecting and sketching the flora and fauna.

The continent was subsequently claimed for the British crown on the basis that it was terra nullius, or empty land. Of course, this was a fallacy, as Aboriginal and Torres Strait Islander peoples had been living on the land for at least 60,000 years.

This stamp issue commemorates the Endeavour's voyage while recognising that Australia has a much older, rich and continuing Indigenous history at its heart.n The stamps are conceived as five vertical pairs, representing the overlapping narratives of the Endeavour voyage and Indigenous culture and knowledge. The visual narrative aims to increase understanding of the multiple stories, lives and cultures that intersected at the time of the Endeavour's voyage.

No more than 2,00 of these medallion covers will be released worldwide. The medallions reverse features a coloured compass like representation.

This limited edition medallion & stamp cover has been set at a mere 2,000 and will be extremely popular.