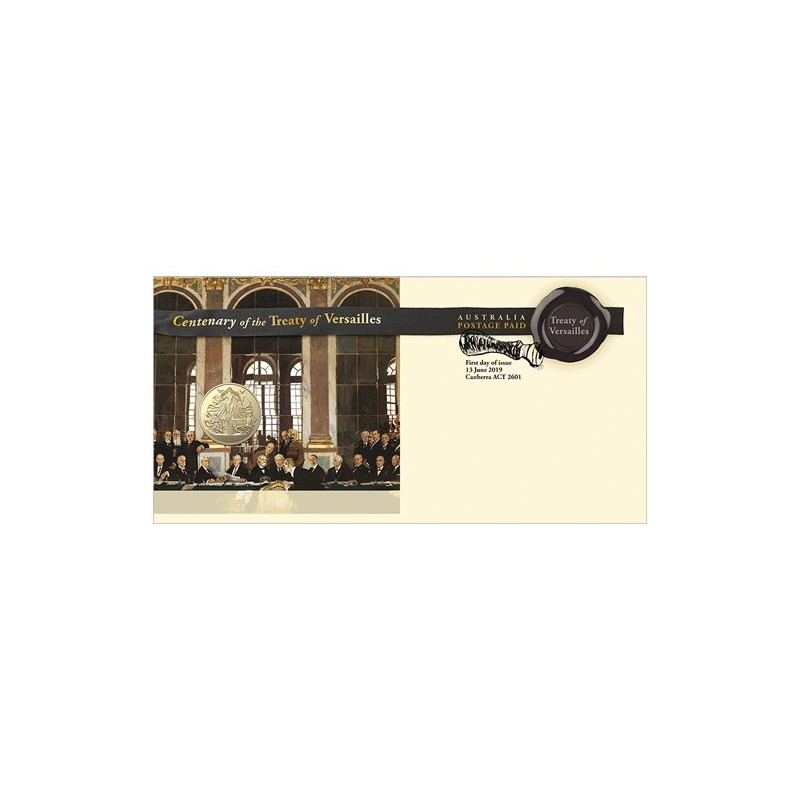 The Treaty of Versailles in 1919 established the peace after the First World War . Australian Prime Minister Billy Hughes was one of the signatories of the treay, ushering in a new international diplomatic status for Australia. This 2019 $1 Aluminium Bronze coin was inspired by the design of the 1919 Australian Peace Medal, acknowledging the centenary of this meaningful historic event.

Among the 32 signatories of the treaty, was the Prime Minister of Australian Billy Hughes. This marked the first time that Australian officials had [participated in the negotiation of an international treaty. Four British Dominions, Australia, New Zealand, South Africa and Canada, were recognized as founding members of the newly formed League of Nations, acknowledging their independence under international law.

As a result the Treaty of Versailles, Australia was ready to take its place as a fully international diplomatic nation.

The coins reverse features a design inspired by the 1919 Peace Medal - Triumph,of Liberty & Justice, which was presented to Australian school children to celebrate the signing of the Treaty of Versailles.

Coin is housed in a full colour Australia Post envelope, along with commemorative seal.