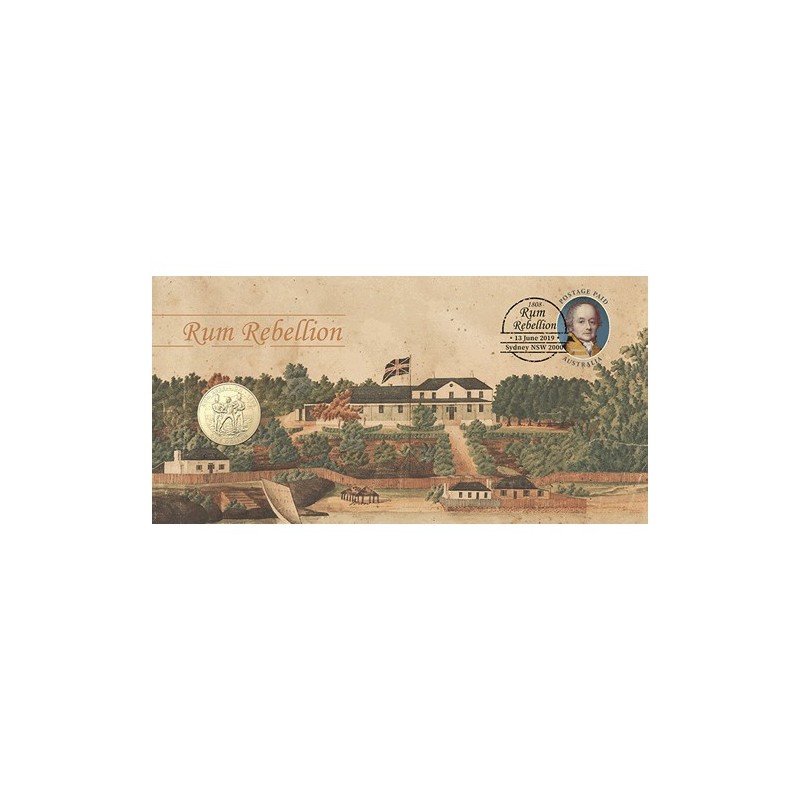 The 'Rum Rebellion' of 1808 was clash between elite military and government, as well as between two powerful personalities : John Macarthur and William Bligh. Bligh's defeat as Governor of New South Wales was in fact the catalyst for the introduction of the rule of law in Australia.

In January 1808, the New South Wales Corps left their barracks and marched to Government House to overthrow the Governor.

Governor William Bligh, who had already survived a notorious mutiny, was an ill-tempered and determined man. He had arrived in New South Wales to find the colony struggling, while the elite members oft the New South Wales Corps had seized land and resources for themselves, trading in rum, among other goods.

Bligh attempted to break the 'Rum Corps' strangle hold on the colony's economy, clashing with the ambitious and equally ill-tempered John Macarthur.

The conflict between Bligh and Macarthur eventually led to the events of 1808: the only time in Australia's history that a military coup has overthrown the government.

Ironically, the Rum Rebellion led to the collapse of the military's power and introduction of the rule of law in Australia.

The coin's reverse reflects the historic clash of the Rum Rebellion. The designs also includes the inscription "RUM REBELLION 1808".