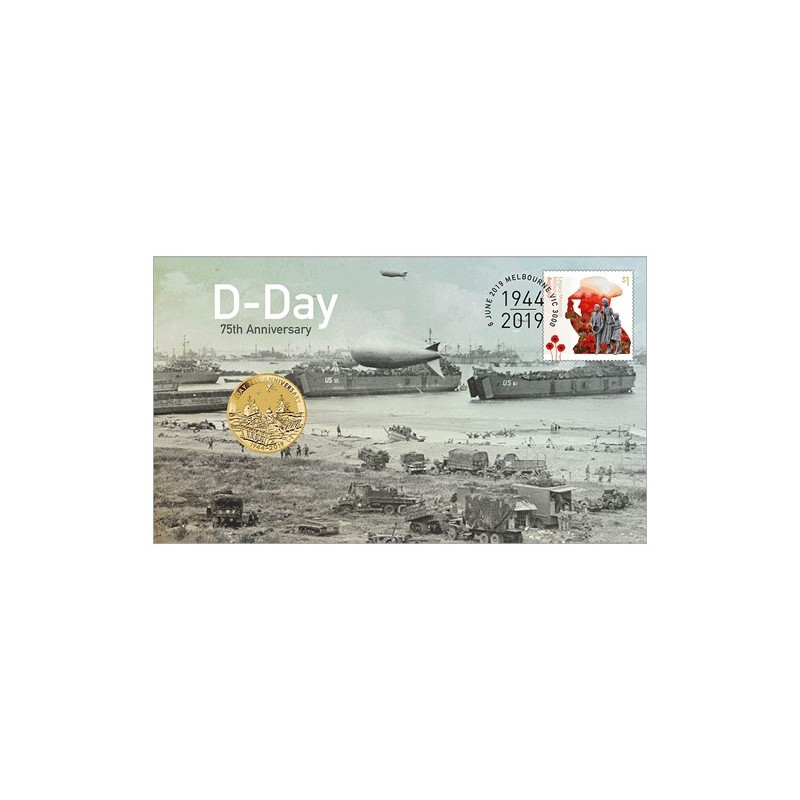 This stamp and coin cover commemorates the 75th Anniversary of the allied incursion into Nazi-occupied France to liberate North-Western Europe from German control.

This massive air, naval and land operation began in the early hours of 6 June 1944, with the tens of thousands of troops coming ashore on the coast of Normandy and paratroopers coming in from above.

Executed primarily by British, American and Canadian troops, the operation to liberate Europe, which had long been in intense planning and preparation , was instrumental in changing the course of World War II. Although Australian played a part in the Normandy landings, this was limited, as our troops were occupied with fighting Japan.

The Perth Mint and Australia Post have released a stunning stamp and coin featuring the shores of Normandy.

Issued as Tuvalu legal tender, the uncirculated base metal coin is housed in a beautifully designed card with a circular window revealing the coin's reverse and obverse designs.

The coin's reverse features an image of the warships off the coast. The designs also includes the inscription "D-DAY 75TH ANNIVERSARY" and  "1944 - 2019".