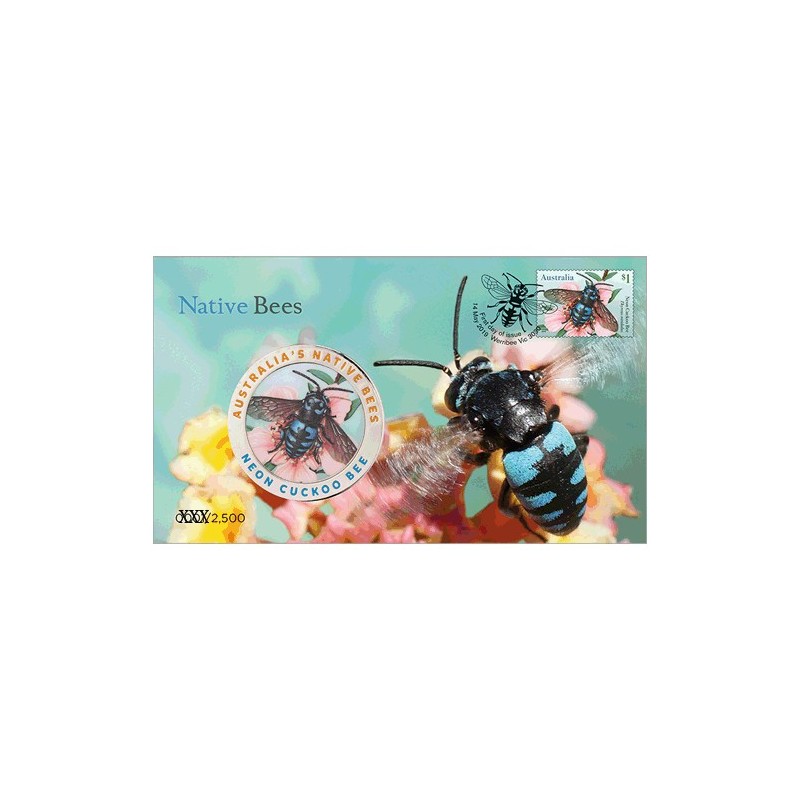 The Perth Mint and Australia Post have released a stunning stamp and medallion cover featuring the blue neon cuckoo bee and the orange-and-black wasp-mimic bee.

Australia is home to at least 2,000 species of native bees exhibiting a diverse range of physical and behavioural characteristics. The blue neon cuckoo bee's metallic blue sheen and slick black wings b=make it one of the most striking Australian Bees, reflected in its scientific name which means 'a little shiny'. The orange-and-black wasp-mimic bee disguises itself as a wasp for protection, even holding its wings in a wasp-like V-shape when it lands. Its imitation is so flawless that it was misidentified when it was first discovered.

The medallion's reverse features a coloured image of the blue neon cuckoo bee at rest on a pink flower and the orange-and-black wasp-mimic bee on a white flower. The designs also includes the inscription "NATIVE BEES".

Medallion is housed in a full colour Australia Post envelope, along with commemorative stamp.