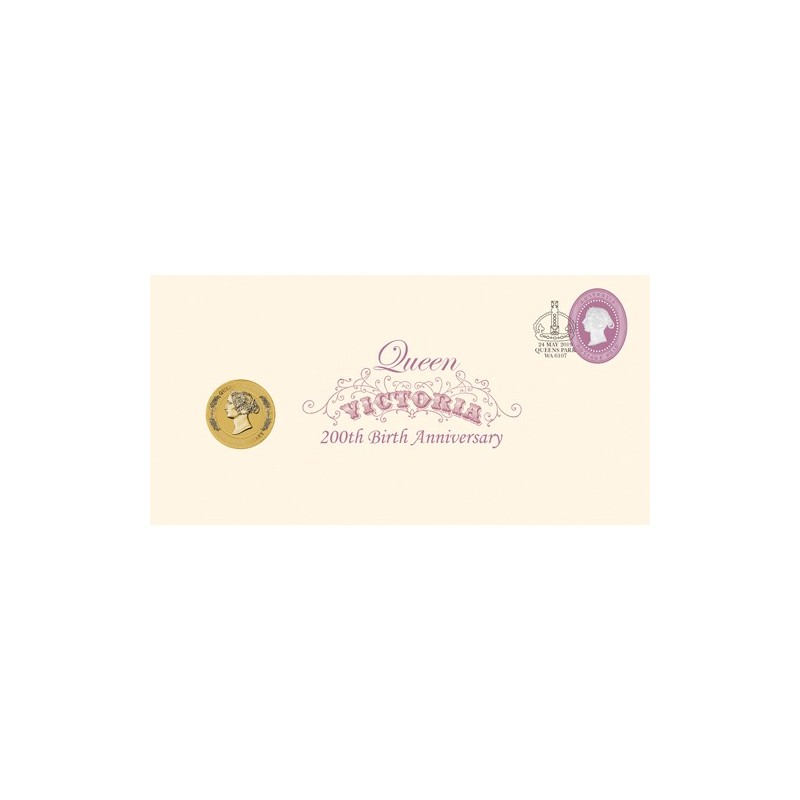 This beautiful coin is released to commemorate the 200th Anniverrsary of Queen Victoria's birth.

Queen Victoria was born Alexandrina Victoria on 24 May 1819, at Kengsington Palace, London. She was the only daughter of Edward, Duke of Kent, the fourth son of George III. Her father died shortly after her birth and she became heir to the throne as the three uncles ahead of her in the line of succession had no surviving legitimate children.

Ascending the throne in 1837, at the age of 18, when her uncle King Willian IV died, Queen Victoria reigned for almost 65 years. In that time, Britain's Empire expanded to cover about one fifth of the Earth's surface, making Queen Victoria empress to almost a quarter of the world's population. Queen Victoria began to shape the United Kingdom's political landscape into that of a modern constitutional monarchy, whereby political power shifted away from the sovereign to parliament.

Issued as Australian legal tender, the uncirculated base metal coin is housed in a beautifully designed card with a circular window revealing the coin's reverse and obverse designs.

The coin's reverse features Royal Mint engraver Leonard Charles Wyon's effigy of Queen Victoria with wreaths of banksia in her hair. This portrait was created for the Sydney Mint Type II Sovereign in 1857 and circulated n sovereign and half-sovereign coins until 1870. The inscription 'QUEEN VICTORIA 200th ANNIVERSARY' and two stylised wattle branches are also featured in the design.