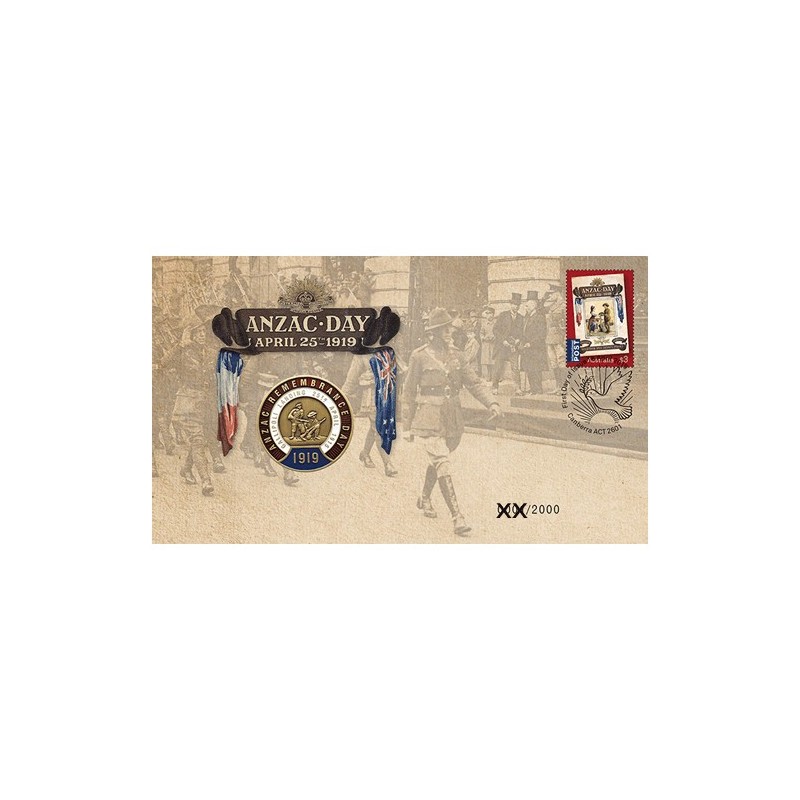 Anzac Day, celebrated annual on 25 April, marks the anniversary of the first major military action fought by Australian and New Zealand forces during World War I: the landing at Gallipoli and the attempted capture of Constantinople (now Istanbul, Turkey), which took eight months and cost more that 8,100 Australian lives.

Although a failure in military terms, what emerged was the concept of the "Anzac Spirit", which many argue helped to shape Australia's evolving national identity. In 1919, the first Anzac Day in peacetime saw mourning for those who would never return. In London, thousands of departing Australian troops marched triumphantly through the streets, taking a salute from the Prince Of Wales.

This medallion cover will appeal to military and history enthusiasts, as it commemorates the centenary of this crucial achievement.