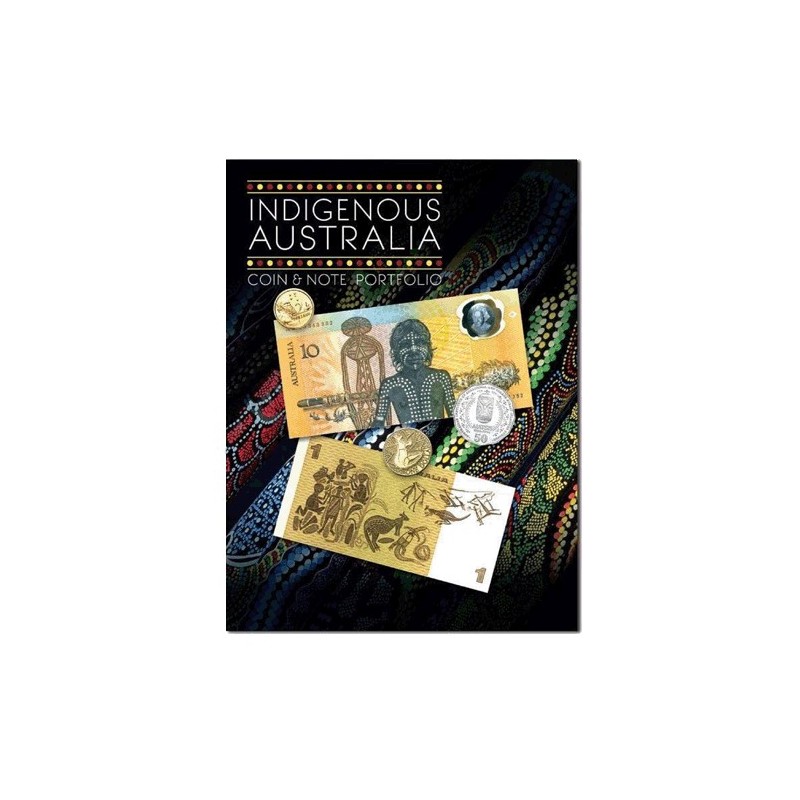 Capturing the Spirit of the Dreamtime within state-of-the-art currency production, the first Australian Indigenous legal tender issue was the $1 note - first issued at the inception of decimal currency on 14 February 1966.

This set features both notes, united with the Royal Australian Mint's 1988 Bicentennial $1, 1988-2014 Indigenous Elder $2 and 2014 50c AIATSIS 50c - all in about Uncirculated to Uncirculated condition.

What's in the pack!

All packaged in a full colour informative pack