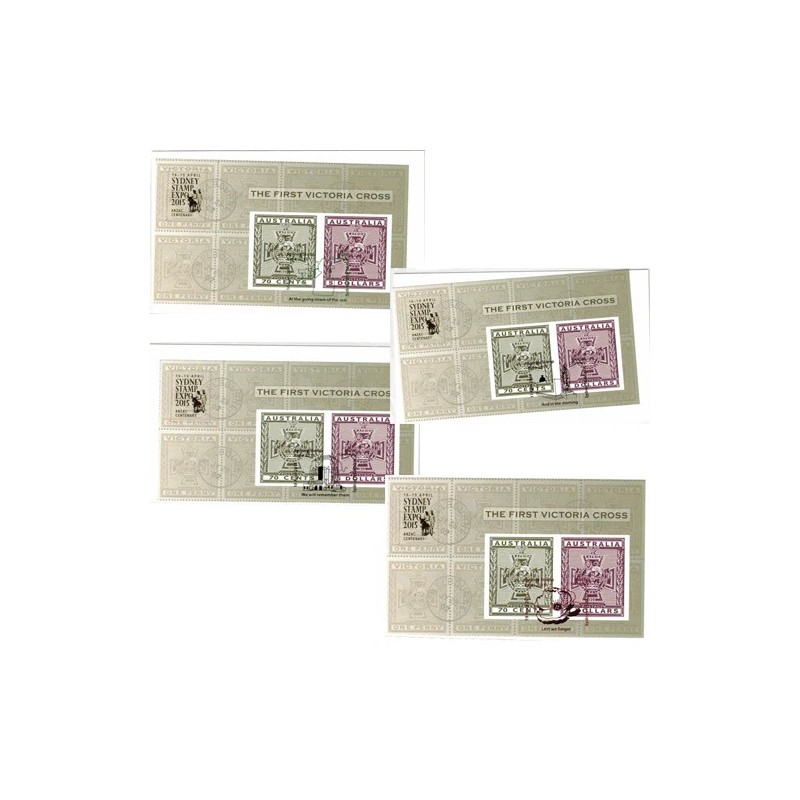 Special Overprint of the imperforate miniature issued for the Sydney Stamp Expo 16-19 April 2015.

This commemorates the first Victoria Cross awarded to an Australia.

The Victoria Cross was instituted by Queen Victoria in 1856 to honour conspicuous bravery during the Crimean War, but was not awarded to an Australian until the Second Boer War of 1899-1902.

During this conflict, in which Australians fought alongside South African and British forces, five Australians were honoured with a Victoria Cross, the first being Captain Neville Howse.

The stamp design is based on the original one penny (1d) stamp issued by the colony of Victoria in May 1900 to raise fund for the Patriotic Fund for the Boer War.

The design which arose from a public competition, was modelled on the Victoria Cross medal. The medal is in the form of a bronze pattee bearing the crown of St Edward surmounted by a lion, the emblem of the British royal family, and the inscription FOR VALOUR.

This limited edition set of 4 Miniature Sheet Overprints comes with a Commemorative 70c & $5 Australia Post stamps in a full colour.