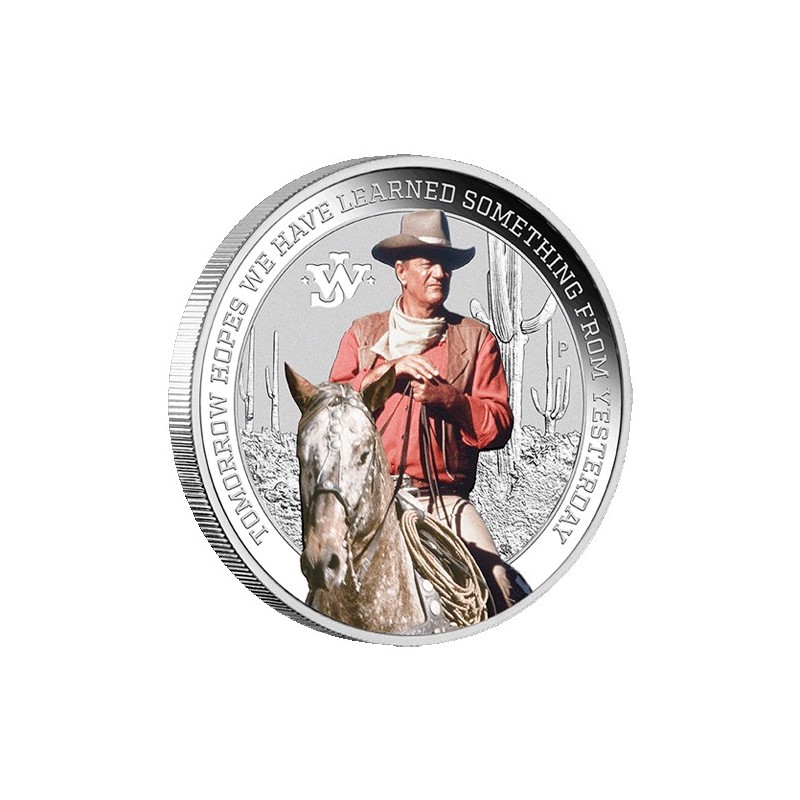 One of the most enduringly popular American entertainers of the 20th century, John Wayne was born Marion Robert Morrison on 26 May 1907. Nicknamed 'the Duke', he was a staple of the Western film genre and starred in, directed and produced more than 170 movies in a career spanning 50 years.

The Perth Mint will release no more than 3,000 of the John Wayne 2022 1oz Silver Coloured Coins.

The coin's reverse features a coloured image of John Wayne on a horse wearing his trademark hat and bandana. The imagery overlays a representation of saguaros, a tree-like cactus plant. Also included in the design is the official John Wayne logo and The Perth Mint's 'P' Mintmark, the reverse includes the inscription 'TOMORROW HOPES WE HAVE LEARNED SOMETHING FROM YESTERDAY".

The obverse displays the Ian Rank-Broadley effigy of Her Majesty Queen Elizabeth II, the monetary denomination the weight and fineness, and the 2022 year-date.

Each coin is presented in a special John Wayne branded case within a themed shipper and is accompanied by a Numbered Certificate of Authenticity.