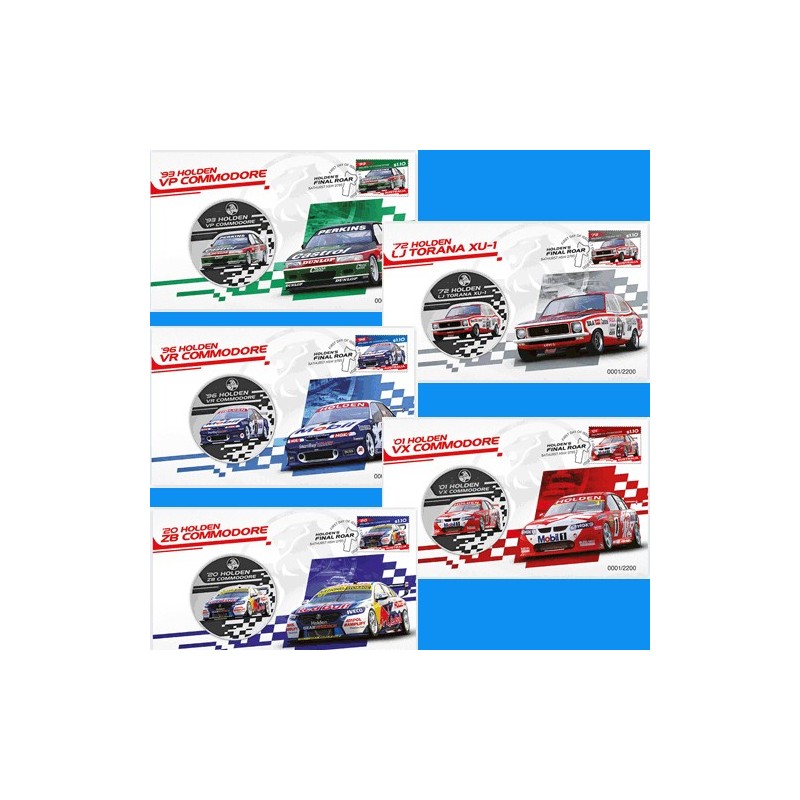 Holden captured the attention of the Australian youth market with the release of its Torana & Commodore models.

Each set includes 1 of each cover :

The medallion's obverse features the inscriptions of each Supercar & 'Final Roar' along with the Holden logo.