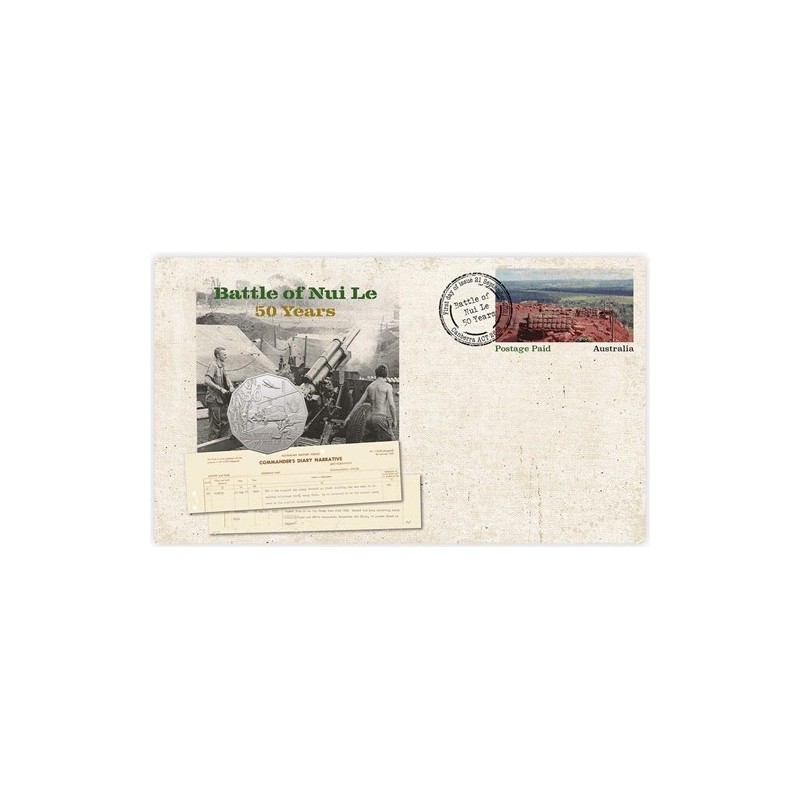 Nui Le was the last major enemy engagement by Australian troops in Vietnam. the five killed in action there were the last Australian soldiers to die in combat in Vietnam. For their bravery under fire, even Australians were recognised with awards. Operation Ivanhoe concluded on 2 October. The following month, Nui Dat base was handed to the South Vietnamese and by December nearly all Australian troops had left Phuoc Tuy Province.

Operation Ivanhoe was launched on 19 September. Three companies of the 4th Battalion, Royal Australian Regiment, including a company from the Royal New Zealand Infantry Regiment (4RAR/NZ), and one company of the 3rd Battalion, Royal Australian regiment (3RAR) - supported by artillery, engineers, armoured personnel carriers (APC's) and helicopters from 9 Squadron, RAAF - were inserted near suspected enemy concentrations south-east of the Courtenay Rubber Plantation. But importantly, this time they had no tank support. As part of the staged withdrawl, 1 Armoured Regiment had recently departed Vietnam.

On 20 September, an ambush and a series of contacts suggested the enemy was trying to provoke a reaction, luring Australians into a well-prepared bunker system. B Company, 4RAR/NZ came under mortar attack while patrolling south-east of the rubber plantation, causing fifteen casualties.

When D Company, four kilometres away, ran into an extensive bunker system and was pinned down by heavy fire, air support was called in and the enemy position was pounded for four hours. Looking to extricate themselves, the Australians unwittingly withdrew into a more precarious position within the bunker system.

Trapped, surrounded, with reduced artillery support and no tanks, they were forced to rely on US air strikes and RAAF helicopter gunships to keep the enemy at bay. Running low on ammunition, D Company was in fire straits as casualties continued to mount Artillery support kept them alive throughout the night. In the morning the enemy was gone, the battle of Nui Le was over.

Each coin's reverse features a dynamic battle scene, including Australian soldiers embarking on an Iroquios helicopter, exploding napalm and a US F4 Phantom.

The Jody Clark effigy of Her Majesty Queen Elizabeth II, the 2021 year-date and the monetary denomination are featured on the coin's obverse.

Affixed to the envelope is an official Australia Post Prepaid Envelope. Postmarked for the first day of issue '21st SEPTEMBER 2021, CANBERRA ACT 2601'.