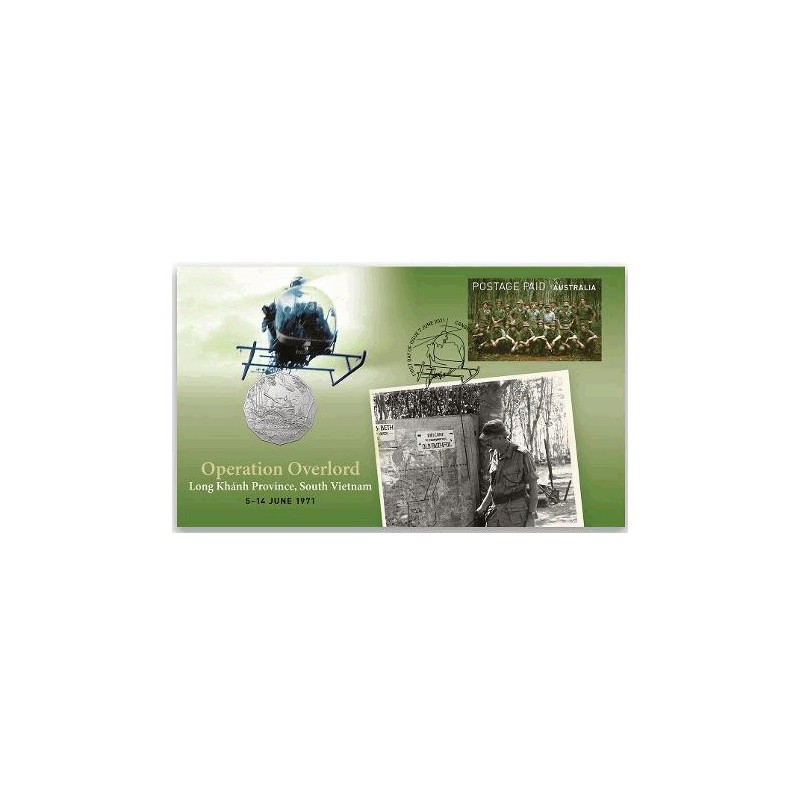 This year marks the 50th anniversary of Operation Overlord. This took place during the Vietnam War in Long Khanh Province on 5-14 June 1971 and was the most intense action for the Australian in 1971.

Following the discovery of the communist base camp, more than 2,500 soldiers and airmen from the 1st Australian Task Force (1 ATF), including 3rd Battalion, Royal Australian Regiment (3 RAR), 4 RAR and US Army 2/8 Battalion, successfully fought the 3/33 North Vietnamese Army (NVA) Regiment.

This last task force operation of the war included the Battle of Long Khanh on 7 June. During the battle, 3 RAR fought for more than eight gruelling hours. The men were supported by Centurion tanks of C Squadron 1st Armoured Regiment, APC's, RAAF and US Army gunships, artillery and engineer units. Australian casualties included eight soldiers and two airmen, and a UH-1 Iroquois helicopter was shot down.

In August 1971, the Australian government announced the phased with drawl of 1 ATF, and in 1973 the last Australian forces left South Vietnam.