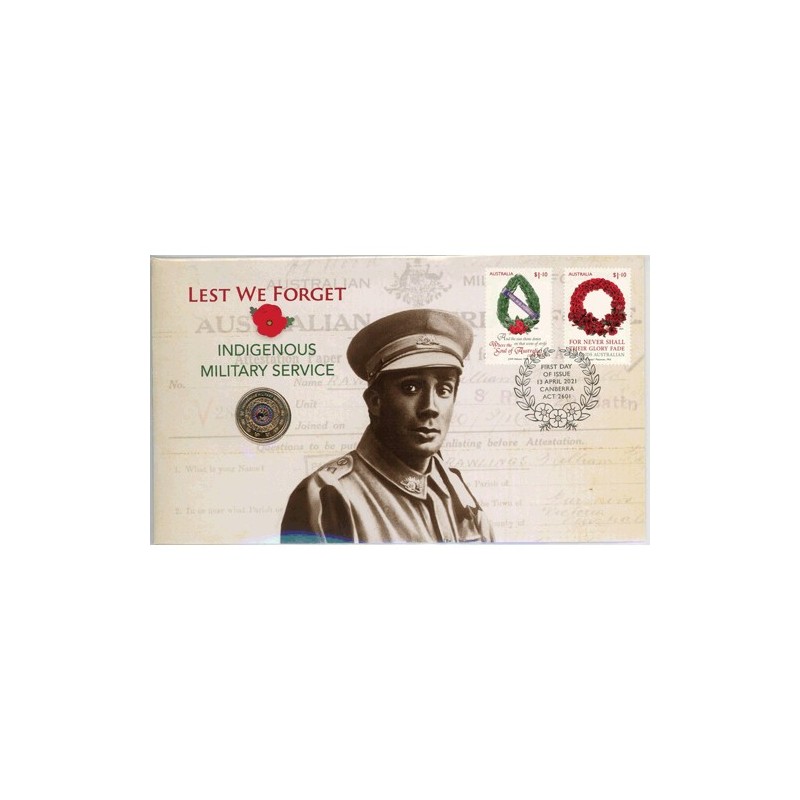 Aboriginal and Torres Strait Islander people have served in every conflict and commitment involving Australian defence forces since Federation, including both world wars.

Exact numbers are difficult to determine, as prior to 1980, enlisting individuals weren't asked to indicate their background.

However, it is estimated that at least 1,000 Aboriginal and Torres Strait Islanders fought in the army in World War I (Despite technically being barred from doing so) and around 4,000 in World War II. This is even though Aboriginal and Torres Strait Islander people could not yet vote, were not counted in the census and were still being dispossessed of their traditional lands. Many of these servicemen received citations and swards for bravery, including Gunditjmara man Private William Reginald Rawlings and Brabuwooloong man Lance Corporal Harry Thorpe, who received the Military Medal.

The two friends were killed in action in France on 9 August 1918, just three months before the end of WWI, and were buried alongside each other in France. Rawlings' nephew, Captain Reginald Saunders MBE, was the first Aboriginal person to be commissioned as an officer in the Australian Army.

The coin's obverse features the Jody Clark effigy of Her Majesty Queen Elizabeth II, the 2021 year-date and the monetary denomination.