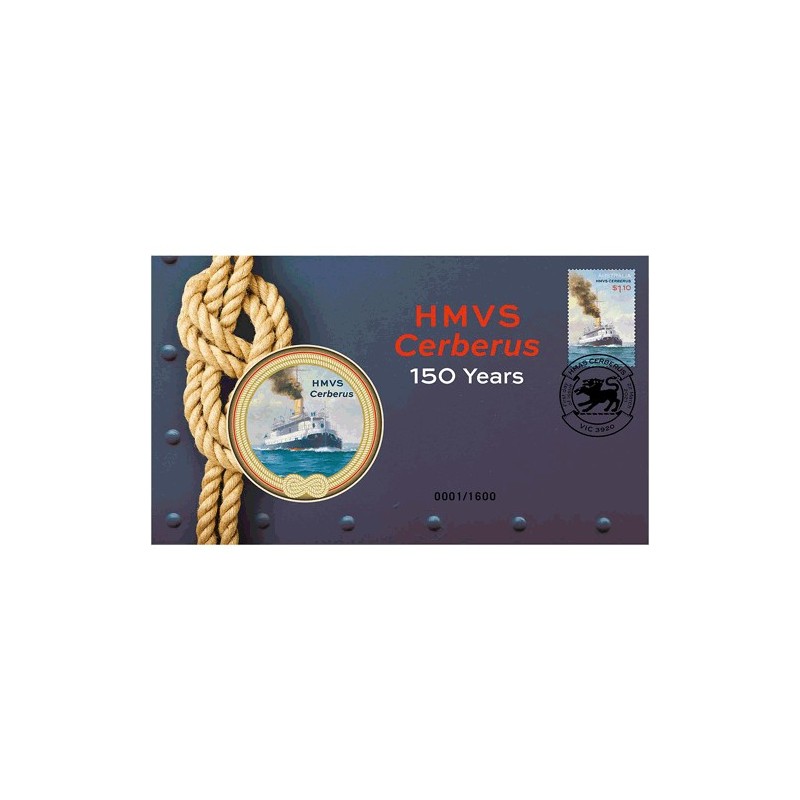 After a 123-day voyage from England, the HMVS Cerberus steamed into Port Phillip Bay on 5 April 1871.

This stamp issues recognises the 150th anniversary of that milestone, with the stamp and medallion showing the Cerberus n her fourth colour scheme, introduced in 1888.

Designed by Edward James Reed and built by Palmer Shipbuilding & Iron Co. during 1867-69, the Cerberus was once Australia's most powerful warship. An early example in the iron ship era and improving on the design advances of the American vessel USS Monitor, this steam powered, raised revolving gun turrets on a central super-structure and a low free board. The Cerberus was commissioned as a coastal defence vessel to safeguard Melbourne, Australia's largest and wealthiest city at the time, and she presided over Port Phillip Bay for more than three decades.

The full colour medallion is housed in a beautifully designed card with a circular window revealing the medallions reverse and obverse designs.