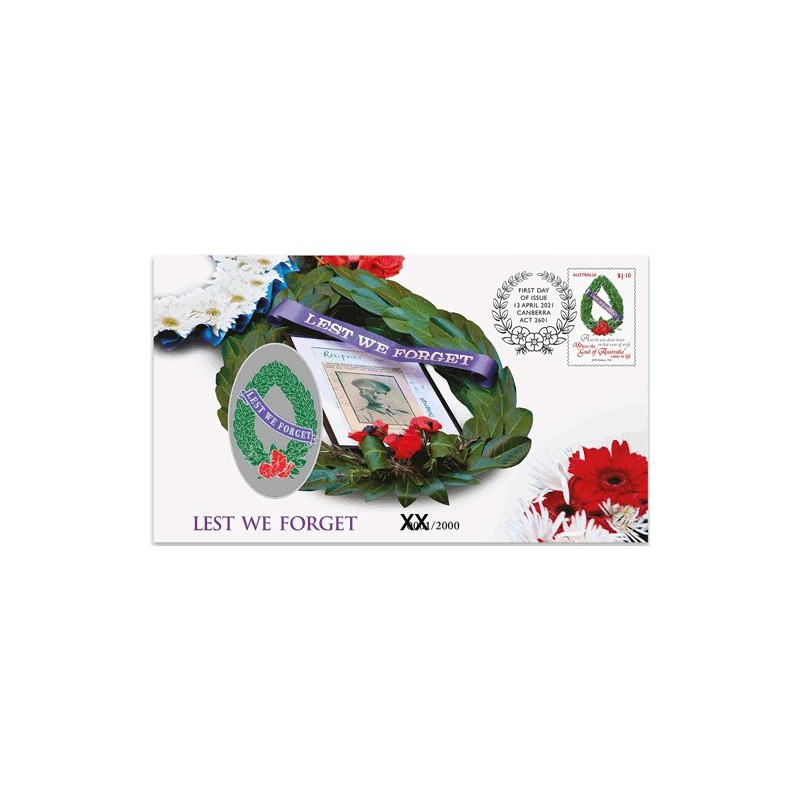 Novelist and poet John Henry Macartney Abbott (1874 - 1953) served in the Boer War (1899-1902). This experience led to the publication of Timmy Cornstalk (1902), one of the earliest examples of Australian wartime literature.

Inspired by the bravery of the Anzacs during the failed Gallipoli campaign of 1915, Abbott wrote the stirring poem : The Soul of Australia", which was published in The Brisbane Courier on Anzac Day 1915, under his moniker "JHM". The poem exemplifies the impact that this campaign had on a young nation and the belief that the sacrifice of the Anzacs should never be forgotten: "And the Soul of Australia', new-born on that day, when her sons died at ANZAC, shall never decay".

A full colour medallion is housed in a beautifully designed card inside an illustrated envelope.