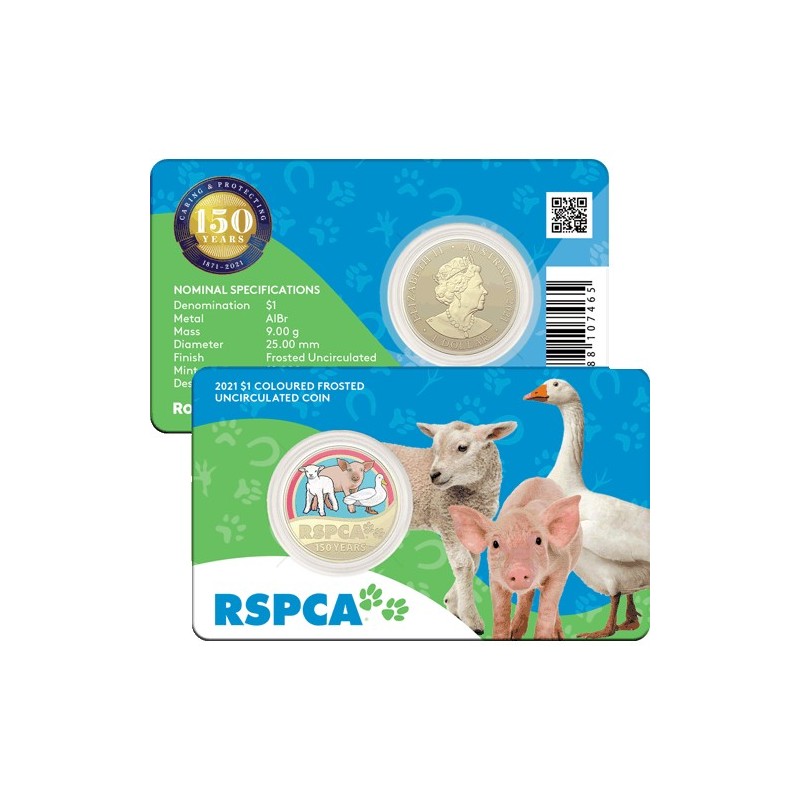 This colourful release pays tribute to the work of the Royal Society for the Prevention of Cruelty to Animals, which celebrates its 150th anniversary in Australia this year.

Vibrant and fun, this set will certainly stand out in any coin collection.

The Royal Australian mint has partnered with the RSPCA to celebrate the 150th anniversary of the organisation's work in Australia.

Founded in London in 1824 and then in Australian in 1871, the organisation works to protect all animals from cruelty.

An independent charity, the organisation relies on community support to run animal rehoming shelters, investigate complaints of animal cruelty and educate the community about responsible pet ownership and animal welfare.

This vibrantly coloured set will appeal to animal lovers and coin collectors around Australia.

The RSPCA motto "for all animals great and small".

- Each coin's obverse features the effigy of Her Majesty Queen Elizabeth II designed by Jody Clark.