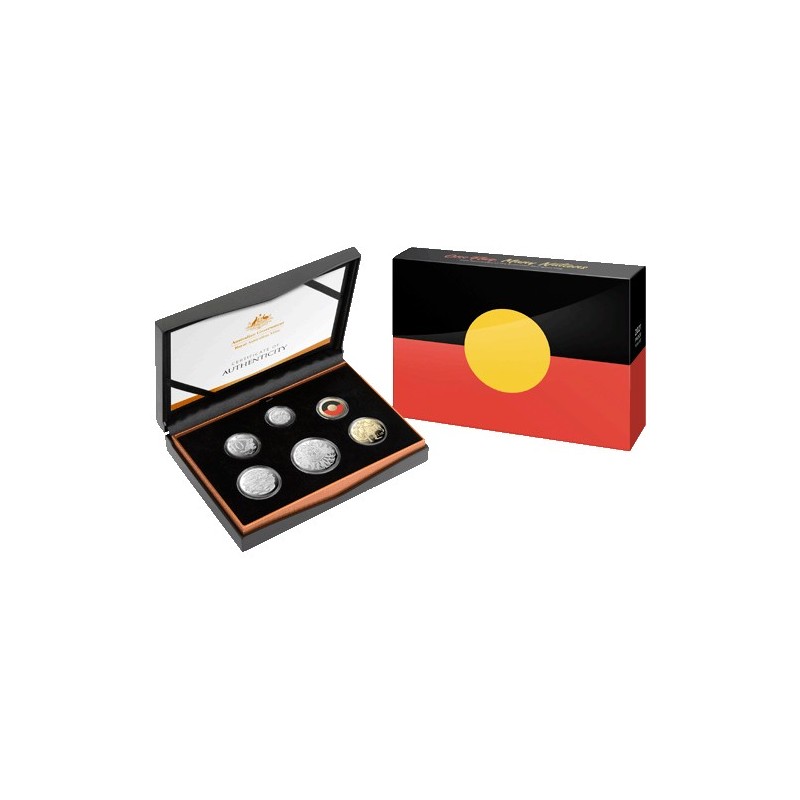 The Royal Australian Mint's 2021 Uncirculated 6 coin set commemorates the 50th Anniversary of the Australian Aboriginal Flag - a touchstone of our modern history, an official Flag of Australia and a symbol of pride and unity for our First Nations People.

The set includes a collector version of the commemorative coloured $2 coin produced for circulation to commemorate this anniversary.

The Australian Aboriginal Flag was first flown on 12 July 1971 at a land rights march in Adelaide's Victoria Square, and appeared again the following year at the beginnings of the Aboriginal Tent Embassy in Canberra. The flag was defiantly carried by Cathy Freeman when she won gold at the 1994 Commonwealth Games, and on 28 May 2000 it flew atop the Sydney Harbour Bridge as more than 250,000 people marched in solidarity beneath it.

In 1995 the flag was proclaimed an official Flag of Australia and has proudly flown outside official buildings across the nation ever since.

Harold Thomas' iconic design has become an emotive symbol of our contemporary history for both Aboriginal Australians and the wider community.

A unique design element on the two dollar coin has the yellow circle of the flag represented by the gold alloy of the coin itself.

Each coin is individually encapsulated and presented together in a display case, and comes with an information booklet and outer box.

Each coin is struck to The Royal Australian Mint's Proof finish.