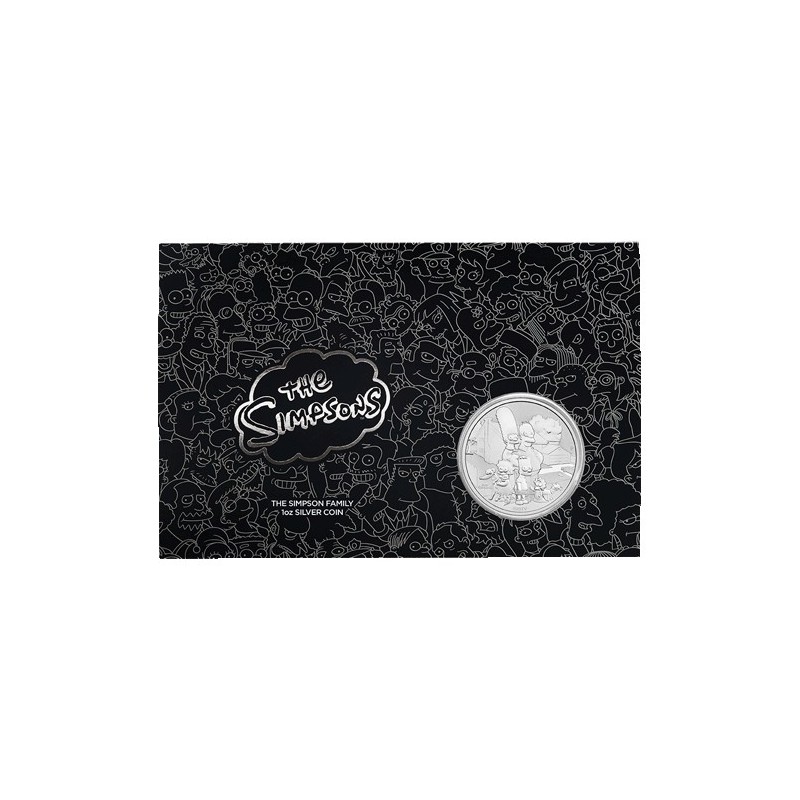 - NOT FOR INTERNATIONAL SHIPPING

The coin's reverse features an image of the Simpson Family with their pet greyhound, Santa's Little Helper and their pet cat, Snowball II, standing in front of the family home at 742 Evergreen Terrace.  The design also includes Matt Groening's signature, and The Perth Mint's 'P' mintmark.

The coin's obverse depicts the Ian Rank-Broadley effigy of Her Majesty Queen Elizabeth II, the monetary denomination, the weight and fineness, and the 2021 year-date.

The Simpsons Family 2021 1oz Silver Coin is housed in a presentation card.

NOT FOR INTERNATIONAL SHIPPING