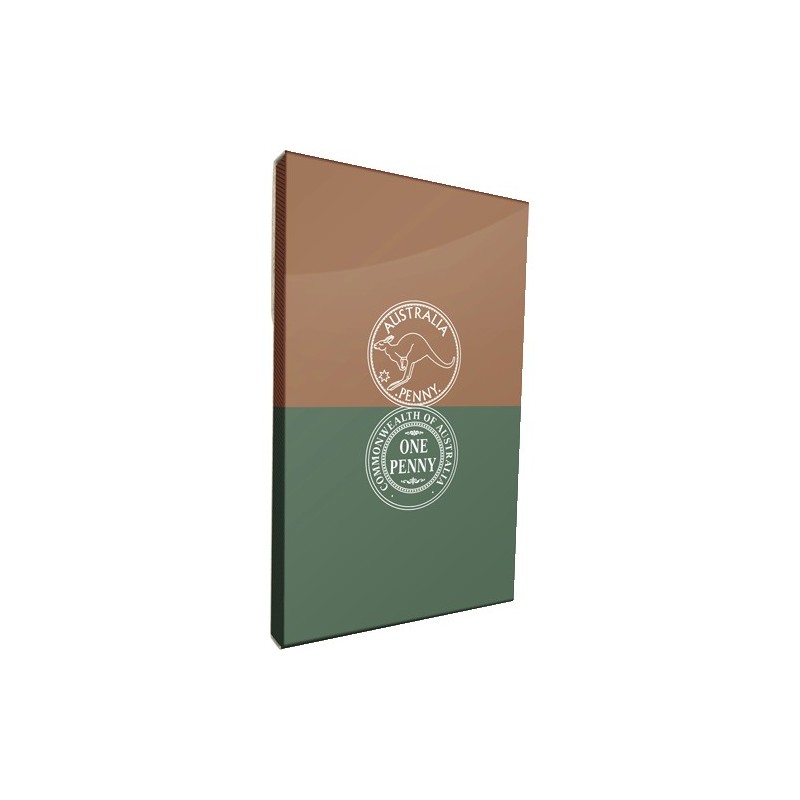 This 2021 $1 Copper Two-Coin Set commemorates the 110th anniversary of the introduction of the Australian Penny. Each coin is reminiscent of the original pennies, one featuring a simple text design and the other a bounding kangaroo. Each coin also includes the first portrait of Queen Elizabeth II to appear on Australian coins and is complete with uncirculated finish.

Australia's currency has evolved over hundreds of years from a bartering system used by Indigenous Australians through to modified Spanish dollars, gold sovereigns, the British and Australian pound and to today's Australian dollars and cents.

This 2021 $1 Copper Two-Coin Set commemorates the 110th anniversary of the introduction of the Australian Penny. In circulation from 1911, two years after the federal parliament passed a bill allowing Australia to have its own coins, through to 1966 with the introduction of decimal currency, the Australian Penny is an essential part of any collector's compendium, with a 1930s penny the most revered of all.

Each coin is reminiscent of original Australian pennies in design, size and colour, with one coin featuring a simple text logo including the denomination and year, and the other a bounding kangaroo. Australian pennies are a much-coveted coin and this set recognises their importance in Australia's history.

Each coin's unique obverse features the first effigy of Her Majesty Queen Elizabeth II by Mark Gillick, as used on Australia's pre-decimal coins.

Each coin is finished to uncirculated quality and packaged in a card in wallet style folder.