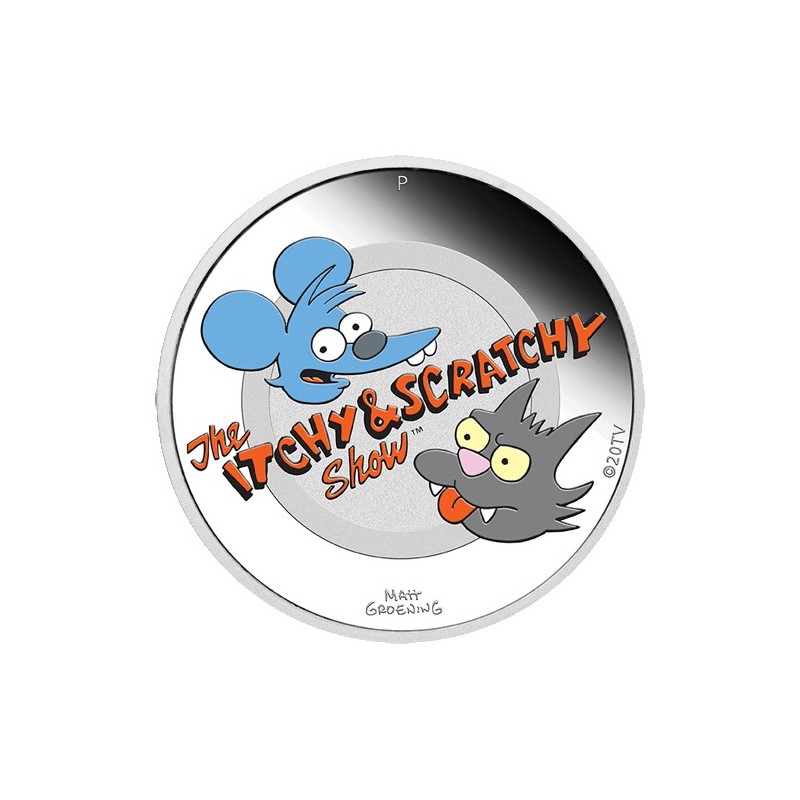 The Perth Mint will release no more than 5,000 of The Simpsons - Itchy & Scratchy 2021 1oz Silver Proof Coloured Coins.

The coin's reverse features the logo from The Itchy & Scratchy Show, a fictional animated cartoon featured in The Simpsons, along with The Perth Mint's 'P' Mintmark and Matt Groening's signature.

The coin's obverse depicts the Ian Rank-Broadley effigy of Her Majesty Queen Elizabeth II, the monetary denomination, the weight and fineness, and the 2021 year-date.