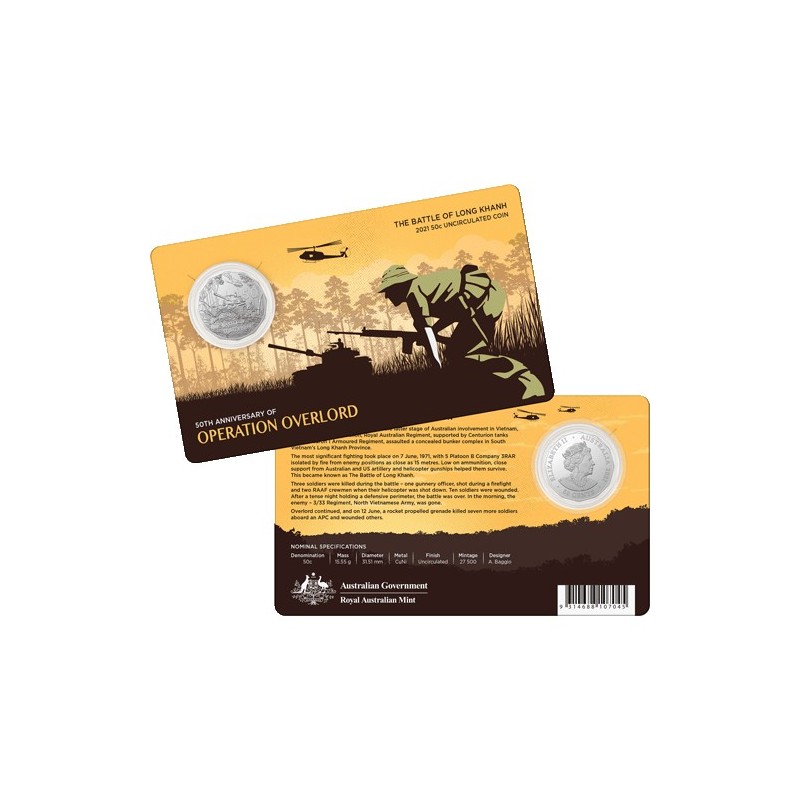 By June 1971, Australia had been involved in the Vietnam War for nine years. With no end in sight to an unpopular war, the Australians - like the Americans - were reducing their forces as they prepared to pull out of Vietnam.

In one of the most intense actions during this period, soldiers of the 3rd Battalion, Royal Australian Regiment, assaulted a concealed bunker complex in South Vietnam's Long Khanh Province. Three soldiers died in combat, with five wounded.

Australian withdrawl from Vietnam would take time and would not be easy.

Aware of the enemy movement, the Australian launched Operation Overlord - aimed at destroying the enemy forces and preventing them from interfering with the province's security and the Australian withdrawl.

The most significant fighting took place on 7 June and became known as the "Battle of Long Khanh". After two days patrolling, the Australians found what they thought was the main enemy position, just across the border in Long Khanh province. B Company of 3RAR began a morning assault before being pinned down by intense fire. Trapped on the edge of a cleverly concealed bunker system, they paused and called in artillery and air support.

Each coin's reverse features a dynamic battle scene, including Australian soldiers in combat, a Centurion tank and Iroquois helicopter.

Each coin is packaged in a capsule and presentation card.