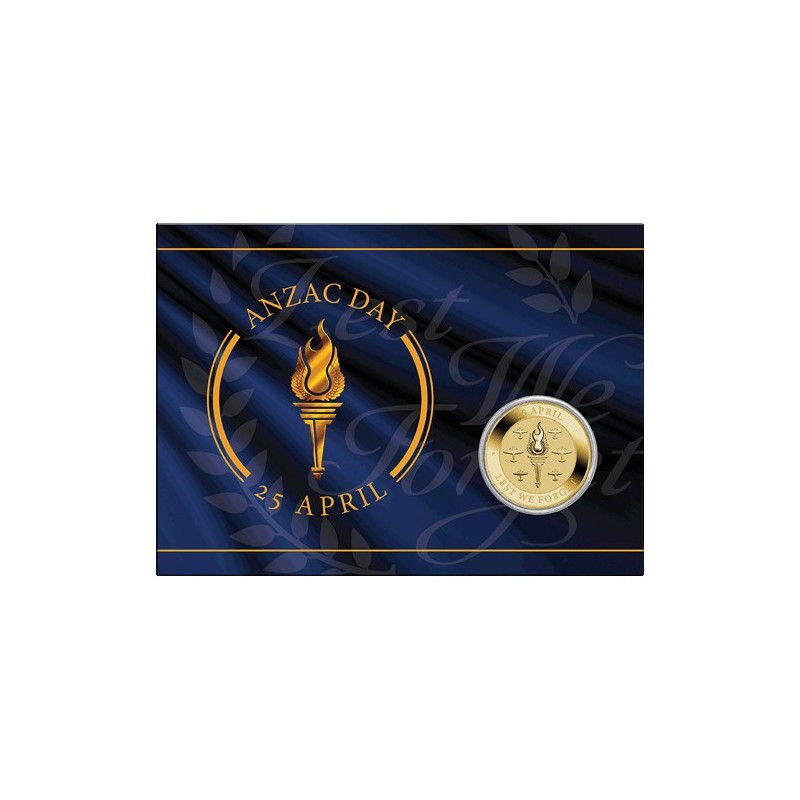 2021 $1 ANZAC Day Lest We Forget Uncirculated Coin in Card

- Centenary of the RAAF

2021 $1 ANZAC Day –Lest We Forget Uncirculated Coin in Card.

Anzac Day falls on the 25th April  each year, the day Australian and New Zealand tropps landed on the Gallipoli peninsula in 1915. Since 1916, it has been dedicated to commemorative activities honouring the courage and sacrifice of the first ANZACs during World War I and all succeeding Defence Force personnel who have served in times of war and other operations.

This coin has an unlimited mintage.

The reverse of the coin features an aviation themed design comprising aircraft silhouettes surrounding a stylised motif representing a flaming torch and flying wings. Also included in the design is the inscription "LEST WE FORGET" and the Perth Mint's 'P' Mintmark.

The Jody Clark effigy of Her Majesty Queen Elizabeth II, the monetary denomination, and the 2021 year-date are shown on the coin's obverse.

Each coin is presented in a specially designed display card, which features a fold-out stand for upright display.

Issued by The Perth Mint