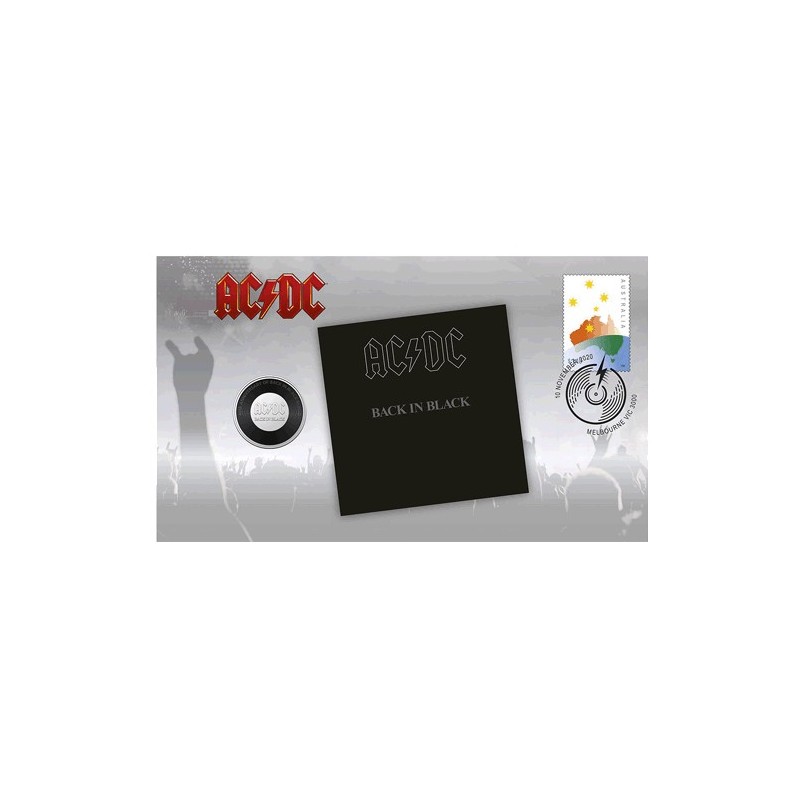 The album is AC/DC's tribute to Bon Scott, the rock band's former lead singer, who had passed away in February that year. As such, it's the band's first album to feature lead singer Brian Johnson.

Produced by Robert John "Mutt" Lange, the album's sound is polished but still hard-edged. As well as the title track, the album includes a slew of classic hits, including "You  Shook Me All Night Long", "Shoot to Thrill" and "What Do You Do for Money Honey".

Often described as one of the greatest rock albums of all time, Back in Black reached number 1 in several countries including Australia and the UK, as well as number 4 in the USA, where it recently surpassed 25 million units in sales.

The stamp and coin cover features an illustrated envelope featuring the AC/DC Back In Black Album cover. It includes an Australian $1.10c stamp featuring Australia and is post marked First Date of Issue 10 November 2020, Melbourne VIC 3000.