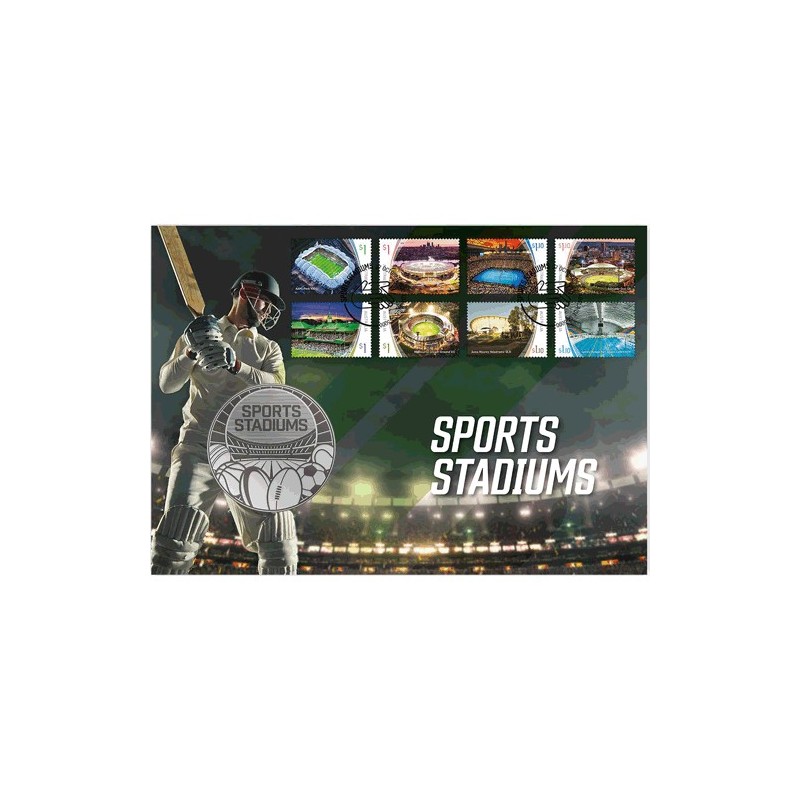 Completed in 2010, AAMI Park is a world-class pitch for football (Soccer), rugby league and rugby union codes. The stadium is defined by its distinctive bio-frame design, based on the geodesic dome. Opened in 2018, Optus Stadium on Burswood Peninsula, Perth, is Australia's third largest stadium and hosts AFL., Rugby union, Rugby league, football and Cricket. Its striking bronze facade is inspired by the Indigenous six seasons. Sydney Cricket Ground has a long and venerable history. Its two heritage-listed timber and cast-iron grandstands are highly recognisable and contribute to Sydney's built heritage. Melbourne Cricket Ground, or the MCG or 'G', as it is commonly known, is considered Australia's greatest sports stadium. It has a rich sporting history and is a key ground for AFL and cricket.

Rod Laver Arena, at Melbourne Park, is the centrepiece of the Australian Open the first of the annual international grand slam tournaments. A primary innovation is its retractable roof, formed by two rolling sections and surmounted by distinctive arched trusses. Adelaide Oval was established in 1981, soon after the South Australian Cricket Association was. Its three new grandstands make a strong architectural statement, increasing the ground's capacity and sitting comfortably with its historical elements. Named in honour of Australia's former track cycling champion, the Anna Meares Velodrome was purpose-built for the 2018 Commonwealth Games. The large saddle-form roof sits over a UCI-standard timber track, well suited to team pursuit events. Sydney Olympic Park Aquatic Centre was a key part of Sydney's successful bid to host the 2000 Olympic Games. As well as being a centrepiece during the 2000 Olympics, it has hosted several legs of the swimming and diving world cups, as well as the Pan Pacific Swimming Championships in 1999.