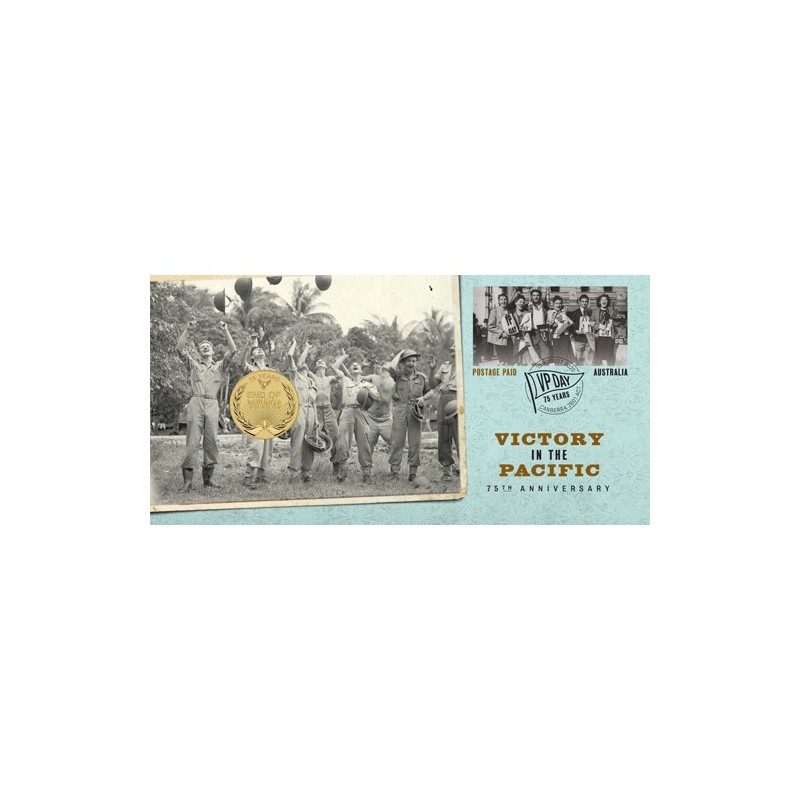 - VP Day - Victory in the Pacific

The Perth Mint and Australia Post have just released this commemorative 75th Anniversary of the end of World War II (WWII) in the Pacific coin in a prepaid postal envelope.

WWII was the deadliest international conflict in history, accounting for the lives of an estimated 60 to 80 million soldiers and civilians. On 15 August 1945, the Australian Prime Minister, Ben Chifley, announced that Japan had accepted the Allied demand for unconditional surrender, effectively bringing World War II to an end after six years of butter conflict. Throughout the nation, jubilation erupted on the streets of the cities and towns.

Victory in the Pacific (VP Day), otherwise known as Victory over Japan Day, takes places on 15 August to commemorate Japan's acceptance of the Allied demand for unconditional surrender.

This Coin and envelope is issued as Australian legal tender, the uncirculated aluminium bronze coin is housed in a beautifully designed card and pre-paid envelop with a circular window revealing the coin's reverse and obverse designs.

The reverse of the coin features a stylised representation of a silhouetted soldier walking into the sunset and two wreaths encasing a central dove motif. The inscription '75 YEARS END OF WWII' and The Perth Mint's 'P' mintmark.

The Jody Clark effigy of Her Majesty Queen Elizabeth II, the monetary denomination, along with the 2020 year-date feature on the coins obverse.

NOTE : LIMIT 2 PER CUSTOMER / HOUSEHOLD - Orders will be automatically amended or cancelled