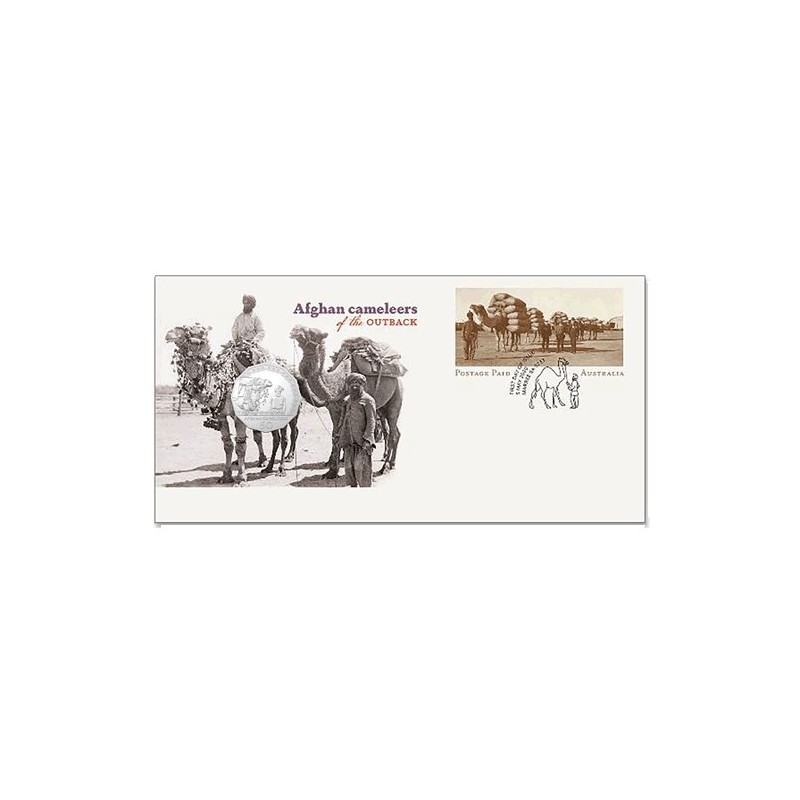 The Afghan Cameleers who travelled to Australia from 1859 made a significant contribution to the exploration of Australia's inland, and to the development of Australia as a multicultural nation. To commemorate their work, the Royal Australian Mint has released a special 50 cent uncirculated coin.

In 1859, the Victorian Expedition Committee commissioned the import of 24 camels and three cameleers from India, to join the pioneering expedition of Burke and Willis.

This was the start of a significant contribution make to Australia's inland development by many cameleers who came to Australia from India, Pakistan Afghanistan, Turkey and elsewhere. Camels were very well suited to transport and exploration in Australia's inland, being the optimal species to manage difficult terrain and survive scarce water supplies, rather than horses or bullocks.

The Muslim cameleers provided in the 19th century, half of Australia's population relied on the cameleers and their charges for survival.

The Royal Australian Mint has produced this collectible coin to recognise the contributions of the cameleers.

The coin's reverse honours the contribution of Afghan Cameleers to Australian history.

Each coin is housed in an insert inside an Australia Post commemorative pre-paid envelope.

The obverse of the coin bears the Jody Clark effigy of Her Majesty Queen Elizabeth II, the 2020-year date, weight, purity and monetary denomination.

This limited edition coin & stamp cover has been set at a mere 6,500