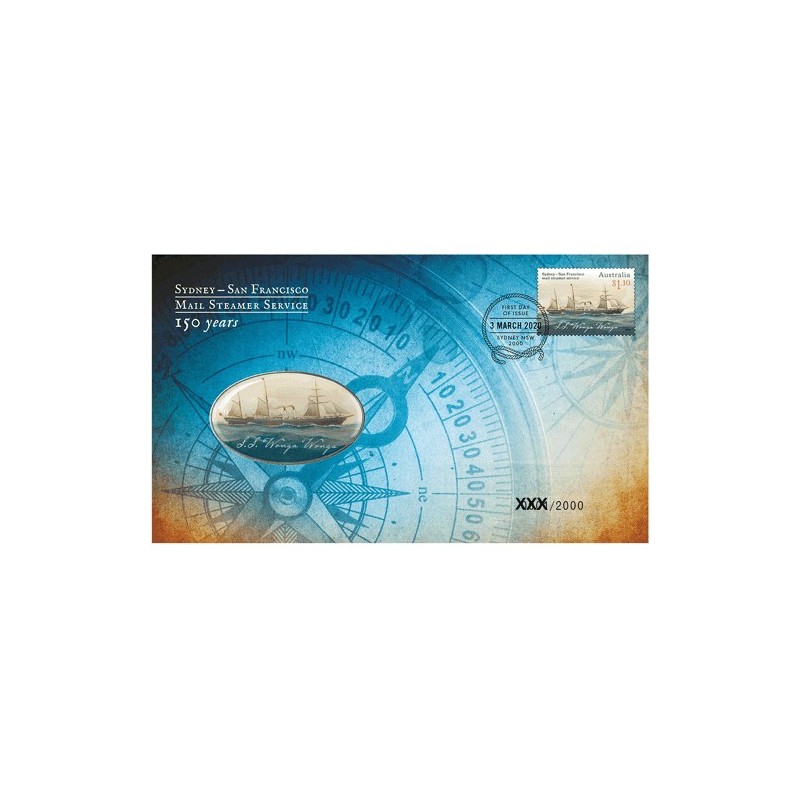 The SS City of Melbourne departed Sydney a month later, on 21 April.

The two vessels would ply the Pacific as far as Honolulu, where passengers and cargo would bre transferred to the US-flag steamers Idaho and Ajax, bound for San Francisco: the same arrangement occurred in reverse.

The stamp and silver-plated medallion show a water colour of the Wonga Wonga by Australian ship enthusiast and maritime author and artist Charles Dickson Gregory (1871-1947). The steamer was built by J & G Thompson on the Clyde River in Glasgow, in 1854, for the Australasian Steam Navigation Co, from which it was chartered for the first year of the Pacific mail route.

With a limited mintage of only 2,000 issued.

Pictures for Illustration Only : Serial Numbers will vary