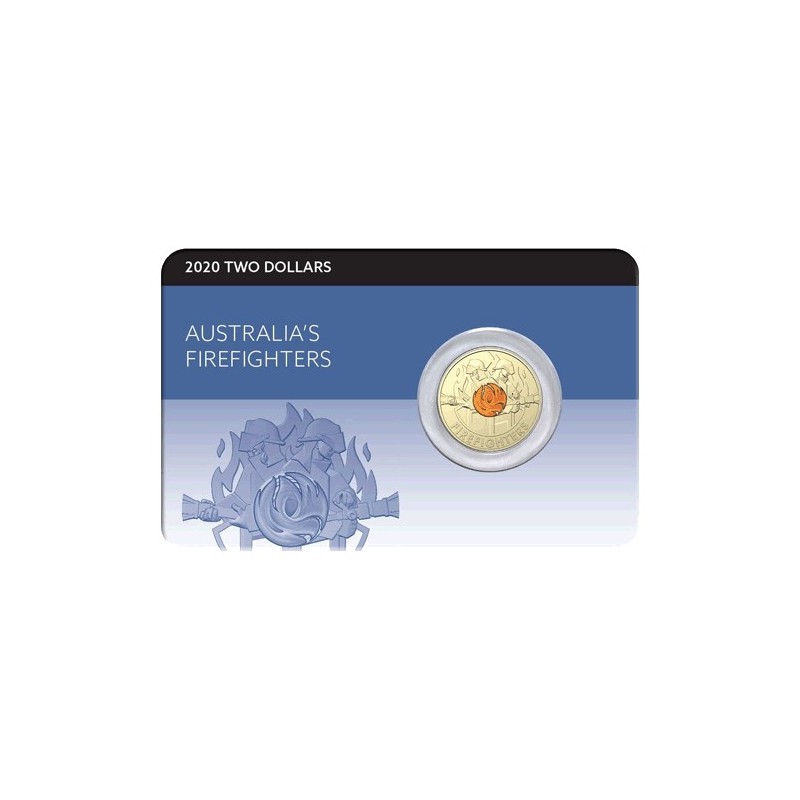 - Limited Stock in this packaging

Twelve months on from the devastating bushfires that swept the country, the Royal Australian Mint has released this 2020 $2 Coloured Circulating Coin.

It is a poignant reminder of the bravery and sacrifice of Australia's Firefighters.

From our career 'fireys' in the city, to the thousands of volunteers in the towns and bush, this coin commemorates and honours their dedication and commitment to protecting all Australians.

Australian is a continent shaped by fire. Ancient ecosystems have evolved needing fire to regenerate and renew, while many Indigenous nations have used fire to manage and maintain the land for millenia.

While charting the east coast of Australia in 1770 Captain James Cook viewed bushfires inland almost daily, describing the land as 'The smoking continent'.

It is not surprising then that Australia's 170,000 plus firefighters are revered for their bravery and dedication. From the cities to the outback they protect us from danger and are always prepared to step up when needed. The Aussie 'firey' epitomizes our ideals of mateship, bravery and support.

The Royal Australian Mint has created this 2020 $2 Coloured Circulating coin to commemorate our fearless firefighters and to honour those that have given their lives in protecting our communities.

Released to coincide with the National Memorial for Fire and Emergency Services in October 2020.