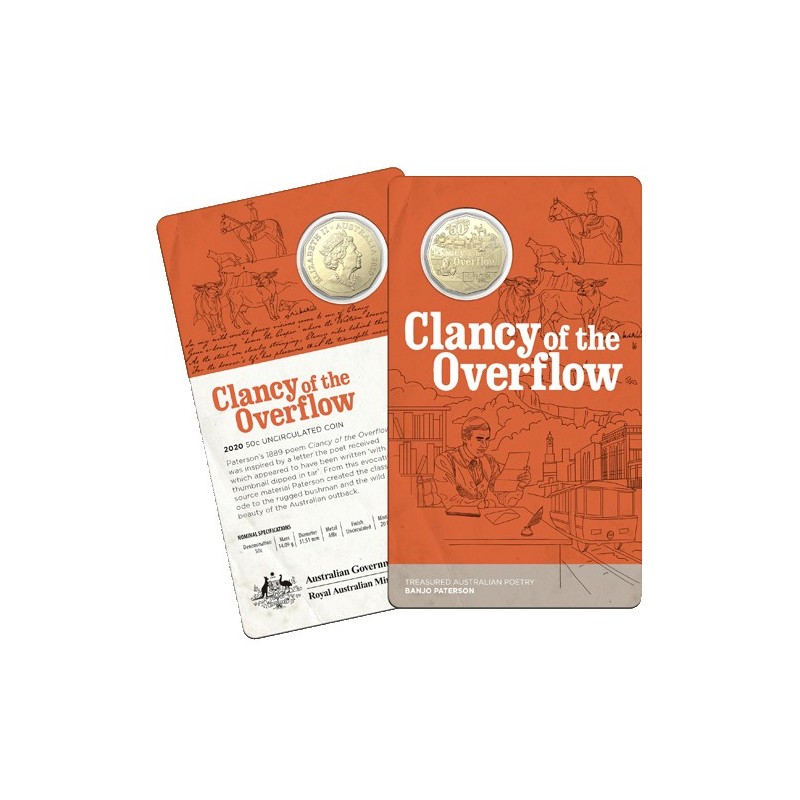 The reverse of each coin features a beloved poem by Paterson : Clancy of the Overflow (1889)