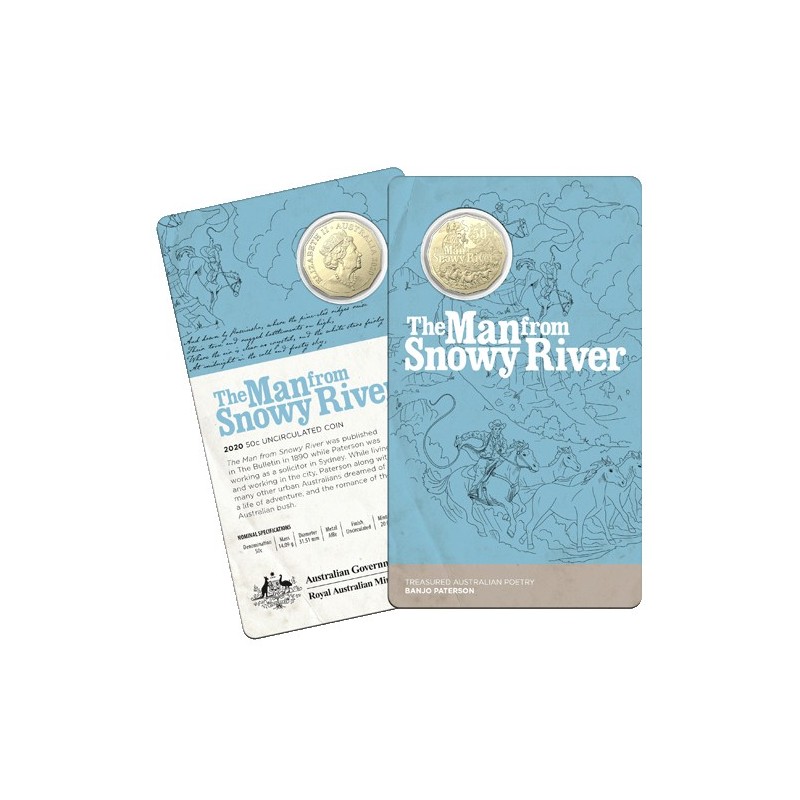 The reverse of each coin features a beloved poem by Paterson : The Man From Snowy River (1890)