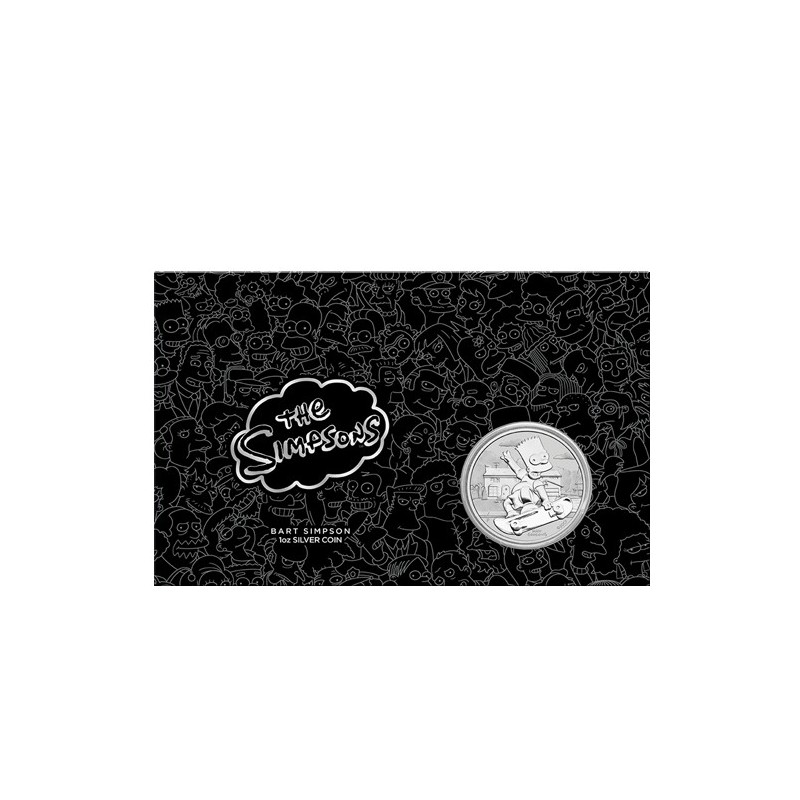 The coin's reverse features  a representation of Bart Simpson riding his skateboard in front of the Simpson's family house.  The design also includes Matt Groening's signature, and The Perth Mint's 'P' mintmark.

The Bart Simpson 2020 1oz Silver Coin is housed in a presentation card.