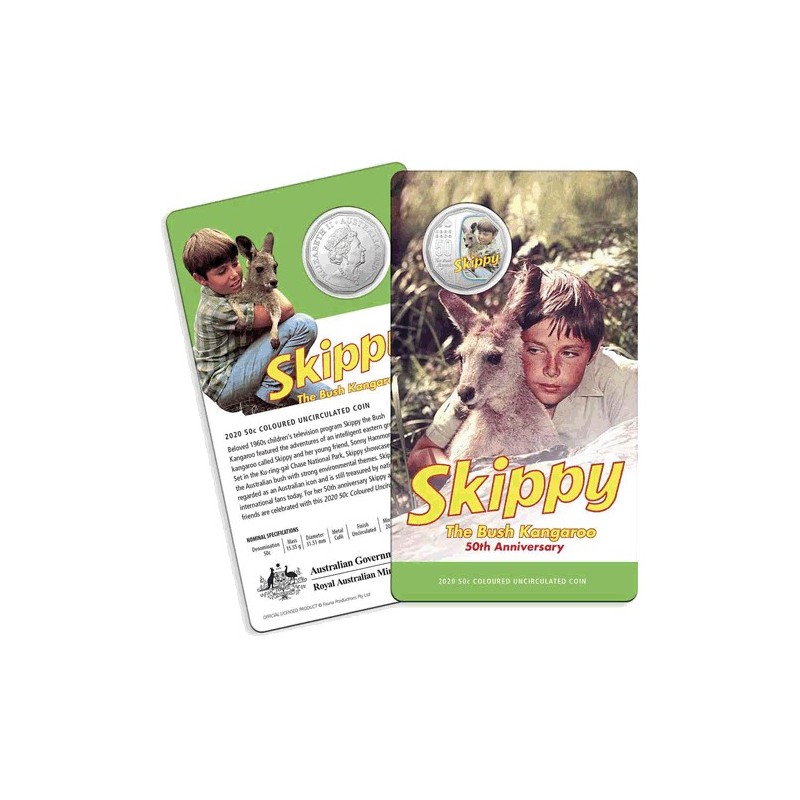 - Presented on a display card

This officially licensed product has been struck by The Royal Australian Mint and designed in partnership with Downies Collectibles.

This coin celebrates the Aussie icon Skippy the Bush Kangaroo.

Known for its catchy theme, stunning scenery and adorable main character. Skippy the Bush Kangaroo was a favourite Australian TV show. It aired 91 episodes over three years and captured the hearts of millions of people around the world.

To honour the 50th Anniversary of the last episode, which aired in May 1970, the Royal Australian mint has issued this Australian legal tender coloured 50c commemorative coin.

The coin features a full coloured image of Skippy and Sonny, and is presented in an Official full colour Royal Australian mint pack.