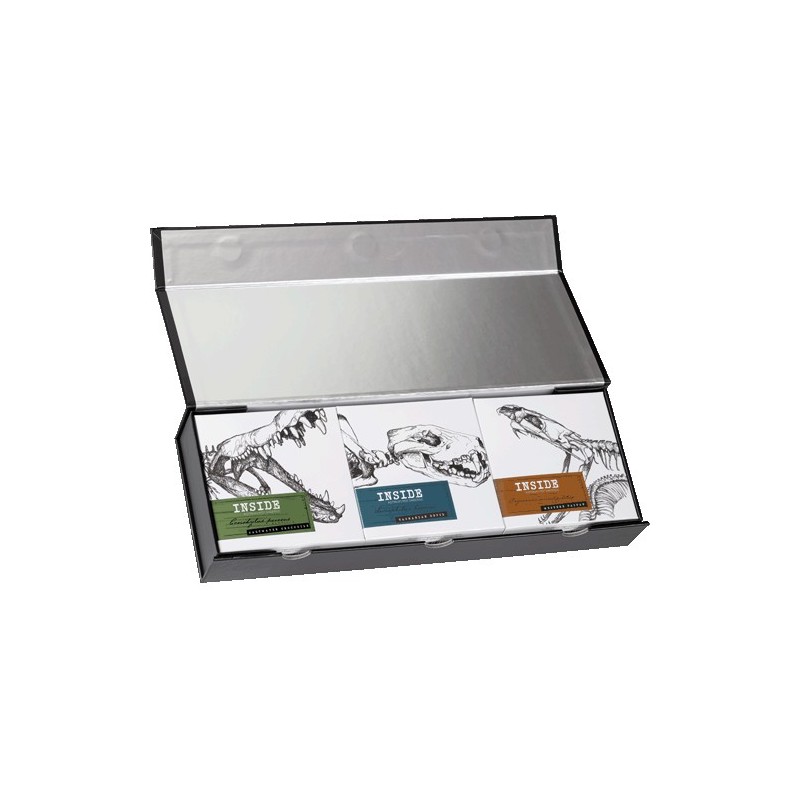 This new release features a look Inside Australia's Most Dangerous animals, this set comprises three such animals

The feared Western Taipan is featured in its elegant skeletal form on this 2020 $5 silver proof coin. This coin highlights the beauty of Australia's most venomous snake.The Western Taipan (Oxyuranus microlepidotus) is also known as the Inland Taipan, Small-scaled Snake or Fierce Snake. Feared due to having the most toxic venom of any terrestrial snake, Western Taipans are actually placid, and rarely-encountered. Western Taipans are found in the Channel country of south-western Queensland and adjacent areas of South Australia. The snakes prefer soils with deep cracks that allow them to shelter.

The world's largest living marsupial carnivore, the Tasmanian Devil, is revealed in a dramatic and dynamic form on this 2020 $5 silver proof coin. A stunning collectible coin for nature lovers and coin enthusiasts. The notorious Tasmanian Devil (Scarophilus harrisii) used to be found throughout Australia, but they are now limited only to Tasmania. A stocky nocturnal animal, the Tasmanian Devil can measure up to 30cm at the shoulder. They have black fur with a distinctive patch of white on the chest. Tasmanian Devils can be found in eucalypt forest, scrub lands, woods and pastures, where they hunt or scavenge for animal prey, usually wallabies, possums and wombats.

The deadly Australian Saltwater Crocodile is captured in a new and intricate form on this 2020 $5 silver proof coin. The delicate details of the crocodile's skeletal system reveals the strength and beauty of this remarkable animal. The Saltwater Crocodile (Crocodylus porosus), also known as the Estuarine Crocodile, is the largest of all living reptiles. Identified by their broad snouts, powerful jaws and heavily armoured bodies, they can be found throughout tropical regions of Asia and the Pacific. Saltwater Crocodiles are capable of travelling long distances, and have been spotted at sea, far from land. They are large creatures, with adult males generally around 4-5 metres in length, although some specimens up to 6 metres have been recorded.

The Royal Australian Mint has struck each coin from 1oz of pure silver to its premium proof finish.

Each coin is presented in a display case and fit together in a special display box.

Each coin comes complete with Certificate of Authenticity.