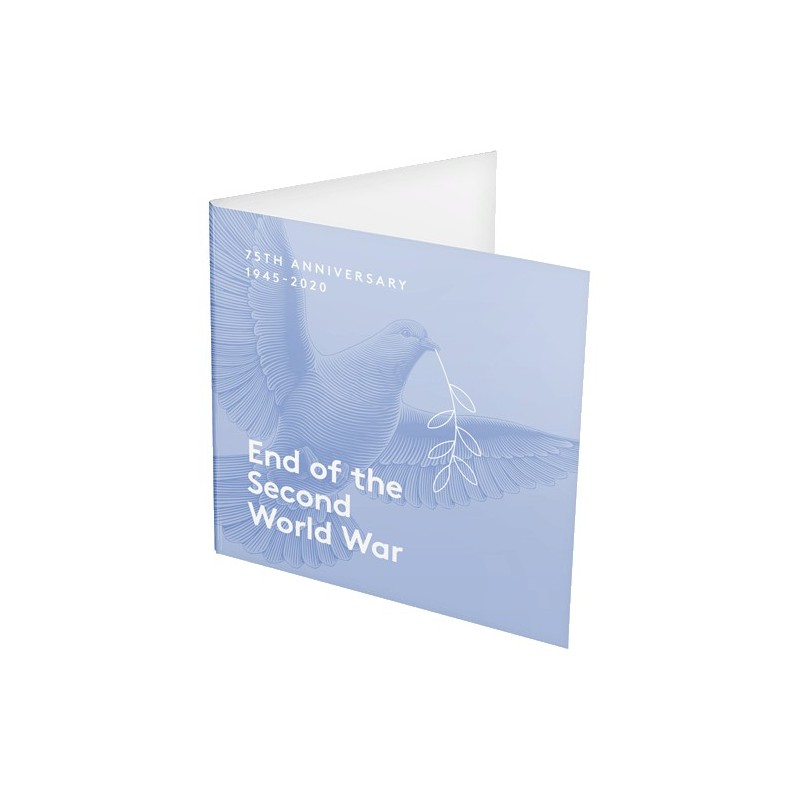 On 2 September 1945, Japanese officials signed the documents formally surrendering o the Allied forces, and ending the Second World War. 75 Years after the end of the war, we commemorate those who served and acknowledge the lasting impact that this conflict had on Australia, with this 2020 $2 C Mintmark coloured uncirculated coin.

Australia's involvement started on 3rd September 1939 when the Prime Minister Robert Gordon Menzies announced that Australia had joined the war. Almost a million Australians, both men and women, served during the war and almost 40,000 lost their lives.

In September 1945 when Japanese surrendered to the Allies, the war was effectively over for Australia, a new hope for peace and prosperity was ushered in. The design of this circulating coin reflects the hope for peace as well as remembrance for those who died, with four design elements: a map of the South East Pacific and Asian region, a dove of peace, a band of colours that represent the three Australian forces, and a seven-pointed star for the Commonwealth and also for the stars that were displayed on Mother's and Widow's badges.

The reverse design commemorates Australians who served in the Second World War.

Presented on a printed card.