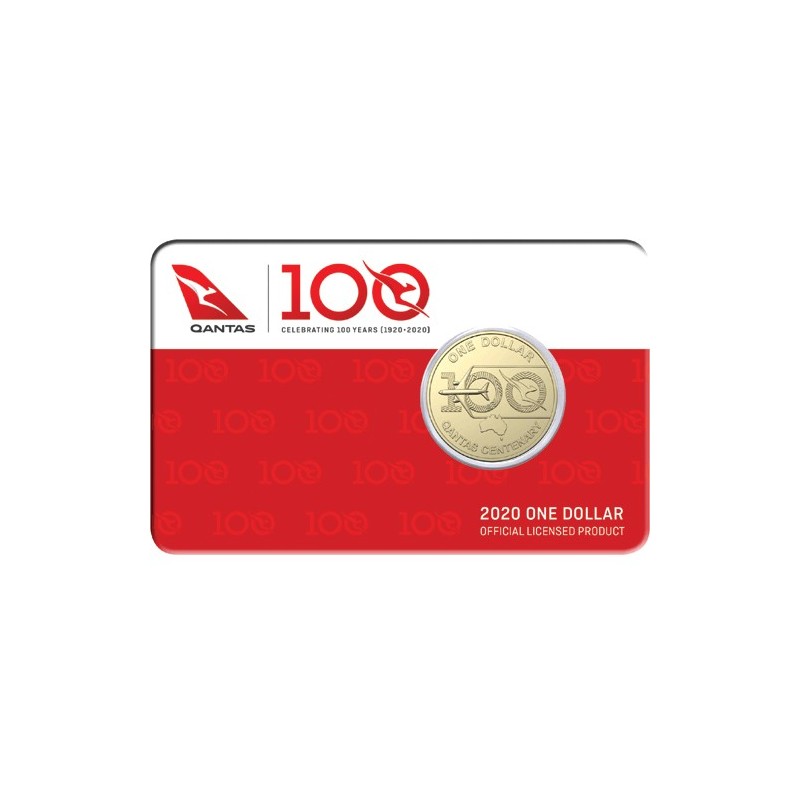 This stunning 2020 $1 aluminium bronze coin has been created in celebration of the centenary of Qantas - Australia's own 'Flying Kangaroo'. Qantas staff past and present, aviation enthusiasts and coin collectors will all treasure this memento of our pioneering air service.

Struck by The Royal Australian Mint for circulation.