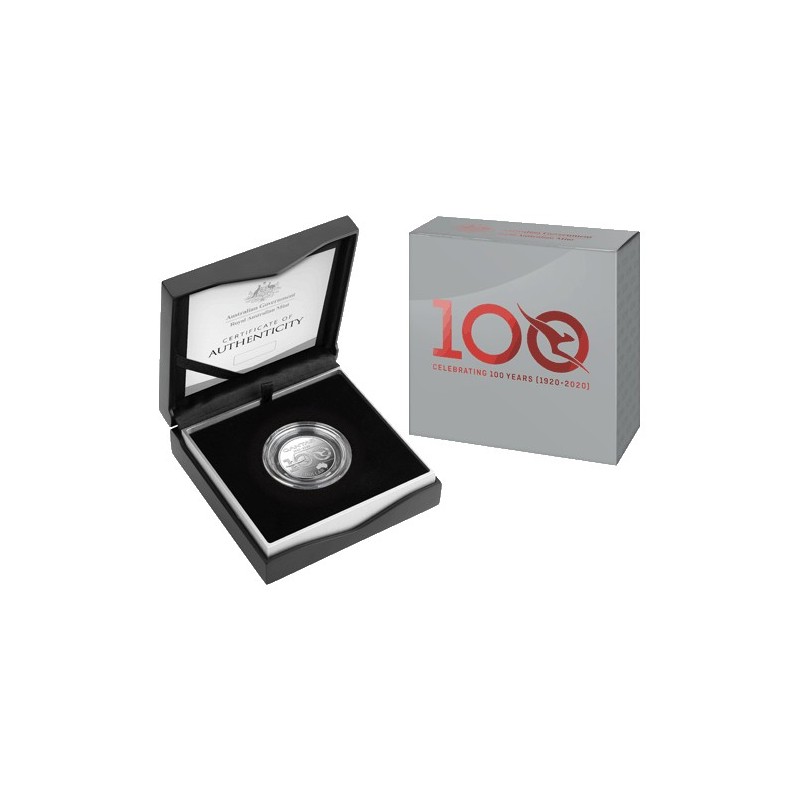 This stunning 2020 1/2oz Fine Silver Proof Coin has been created in celebration of the centenary of Qantas - Australia's own 'Flying Kangaroo'. Qantas staff past and present, aviation enthusiasts and coin collectors will all treasure this memento of our pioneering air service.

Each coin is packaged in a high quality case, accompanied with a numbered certificate of authenticity.