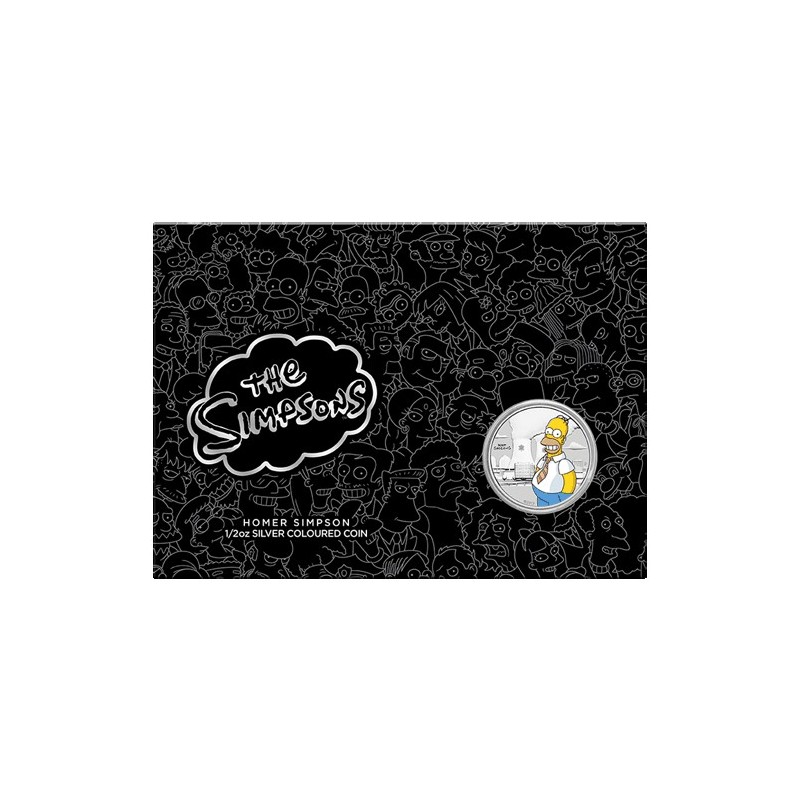 Struck by The Perth Mint from 1/2oz of 99.9% pure silver, the coin is issued as legal tender under the authority of the Government of Tuvalu.

The Perth Mint will release no more than 15,000 of the Homer Simpson 2020 1/2oz Silver Coins in card packaging.

The coin's reverse features a coloured image of Homer Simpson smiling in front of his workplace, a nuclear power plant, as it expels smoke in the background. The design also includes Matt Groening's signature, and The Perth Mint's 'P' Mintmark.

LIMIT : Strictly 2 Per Customer / Household - Orders will be automatically amended