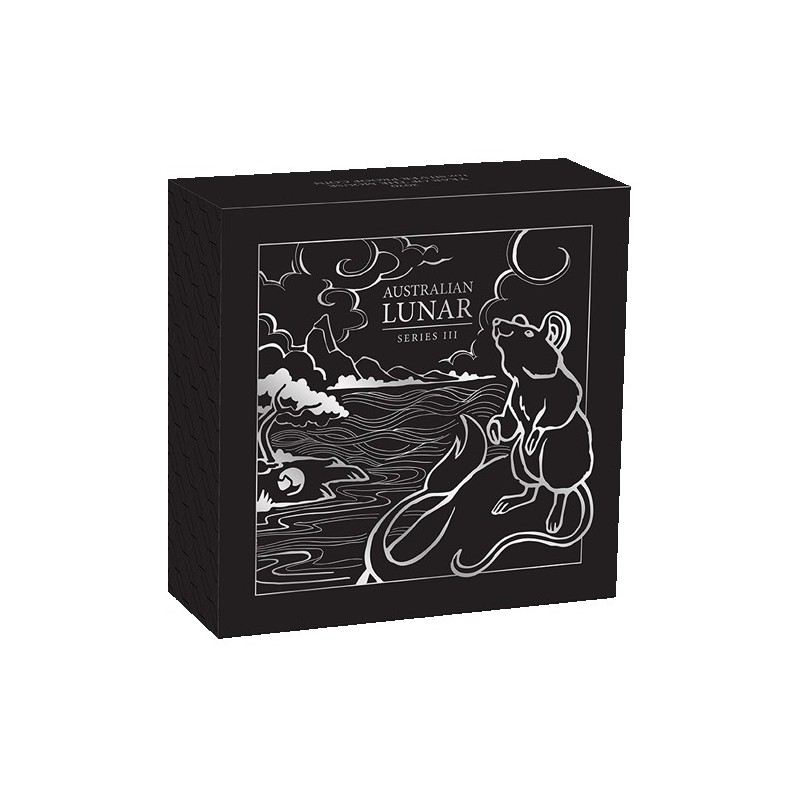 The Perth Mint's highly anticipated Australian Lunar III coin program is an array of superb silver coins celebrating the first animal in the zodiac, the mouse. Release as a magnificent three-coin set, a 1oz and 1/2oz silver proof coin, the first silver collectables in the 12-year feature original artistry portraying the resourceful creature.

Those born under the sign of the Chinese lunar mouse in 2020, 2008, 1996, 1984, 1972 and every 12th preceding year are said to be smart, resourceful adaptable and kind. Possessing a rich imagination and strong intuition, mice rely on quick wits and an enterprising nature to find opportunity for success in almost all endeavours.

Struck from 99.9% pure silver in proof quality, no more than 7,500 1oz silver proof coins will be released.

The coin's reverse portrays two mice foraging on husks of corn. Also included in the design is the Chinese character for 'mouse', the inscription 'MOUSE 2020' and The Perth mint's 'P' Mintmark.

The coin's obverse features the Jody Clark effigy of Her Majesty Queen Elizabeth II, the weight and fineness, and the monetary denomination.

Each 1oz silver proof coin is housed in a classic display case with a clear lid decorated with a silver geometric design. The case is packaged in a beautifully illustrated shipper portraying the story of how the mouse became an animals of the zodiac and is accompanied by a numbered Certificate of Authenticity.

The shippers of future animals in the Lunar Series III will, when arrayed together, form a diorama depicting the ancient myth of The Great Race, which tells how the zodiac came into being.