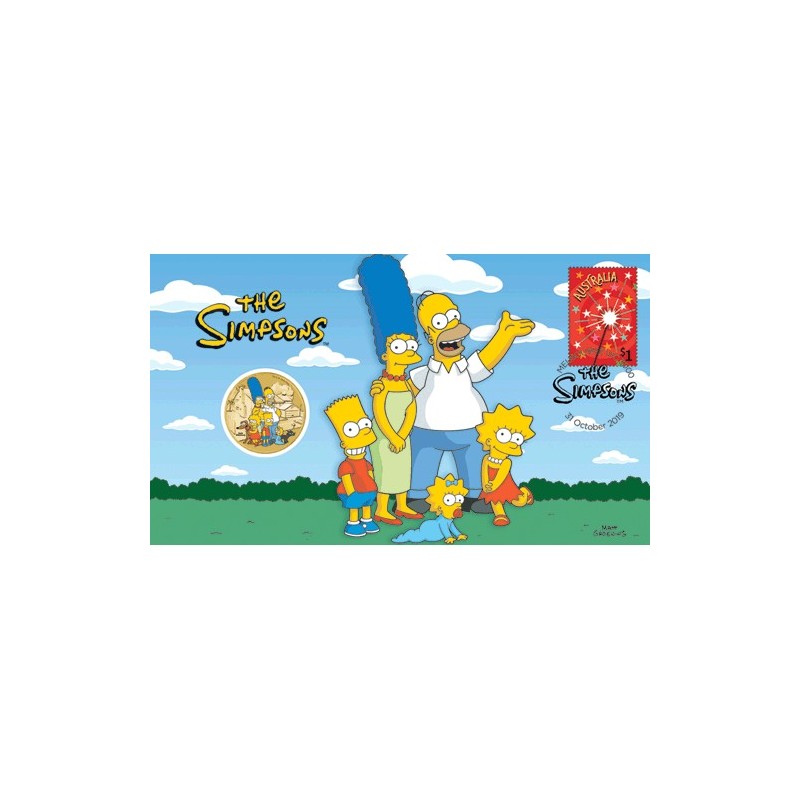 Issued as Tuvalu legal tender, the uncirculated aluminium bronze coin is housed in a The Simpsons themed card with a circular window revealing the coin's reverse and obverse designs.

The coin's reverse features a coloured image of the Simpson family with their pet greyhound, Santa's Little Helper, and their pet Cat, Snowball II.

Included in the design is the family home at 742 Evergreen Terrace, Matt Groening's signature, and The Perth Mint's 'P' Mintmark.

Affixed to the envelope is an official Australia Post $1.00 stamp. The stamp is postmarked for the First  Day of Issue 31st October 2019, Melbourne VIC 3000.