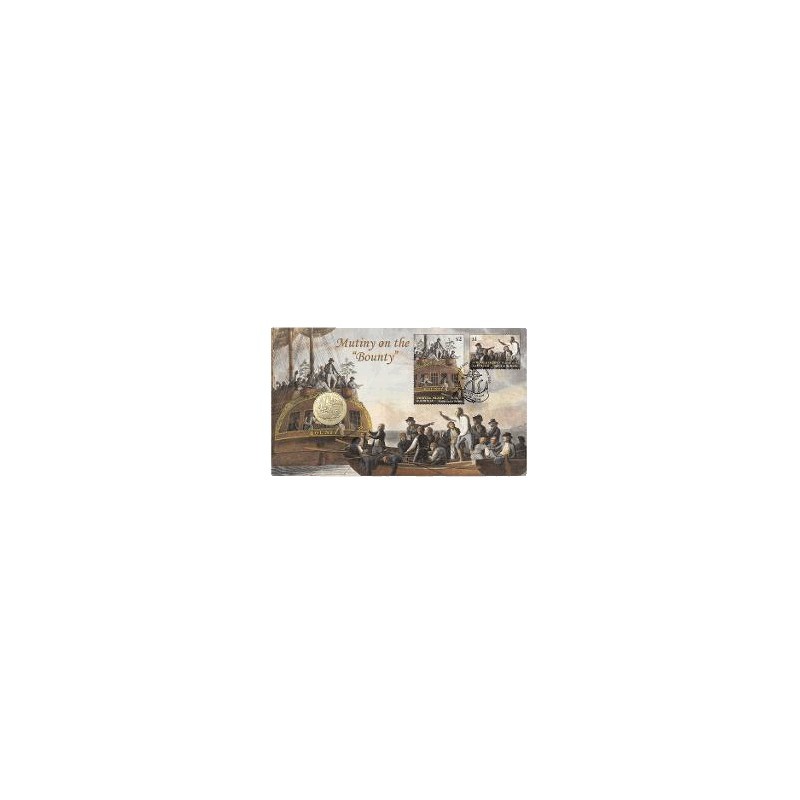 On 27 April 1789, tensions aboard HMS Bounty boiled over. As the ship left Tahiti for Britain - with its sailors reluctant to leave the lush island - Captain William Bligh's infamous ill temper started to provoke his crew to rebellion.

On 28 April, the Bounty's crew mutinied. Bligh and eighteen sailors were forced into an overloaded launch and set adrift on the ocean. Remarkably, most survived to return to Britain and be hailed as heroes.

In the meantime a small group of the mutineers, led by Fletcher Christian made their way to settle Pitcairn Island. Many years later the colony that they founded moved to Norfolk Island, where their descendants still live today, proud of their unique culture and language.

The design includes the inscription 'MUTINY ON THE BOUNTY'.