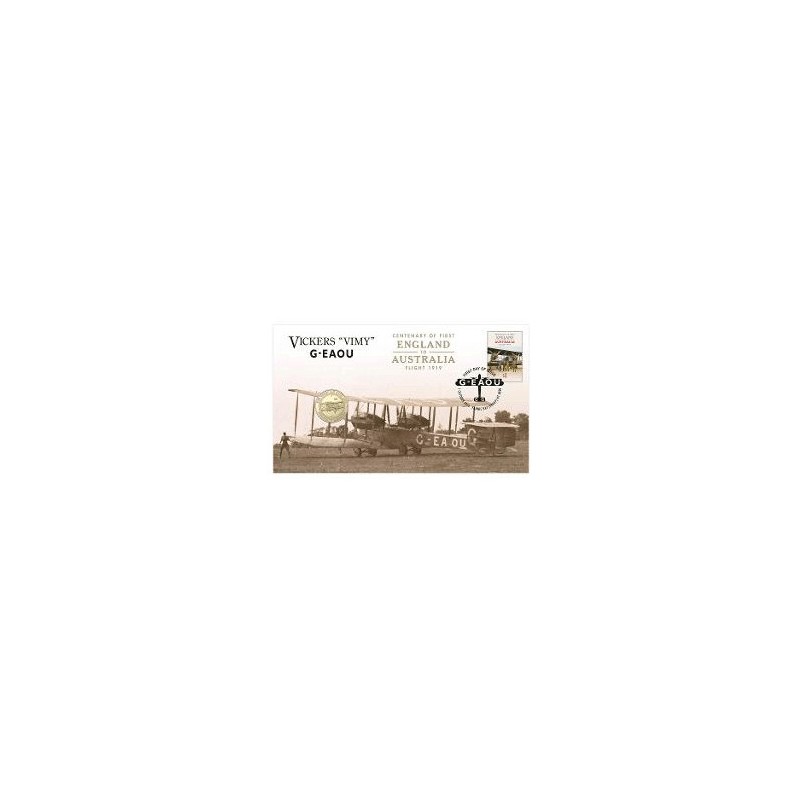 In early 1919, the Australian government offered L10,000 to the first Australian to fly from England to Australia in less than 30 days. At the time, Captain Ross Smith of the Australian Flying Corps was a 26-year old highly decorated pilot. He took up the challenge, alongside his brother Lieutenant Keith Smith, navigator and assistant pilot., and mechanics Sergeants Walter Shiers and James Bennett. After recommendations from Winston Churchill and others of influence, the Vickers Aircraft company made available their newly developed, twin-engine, Vimy heavy bomber aircraft, similar to that flown by Alcock and Brown in the first non-stop flight across the Atlantic in June 1919. Despite the Vimy's two 360 horsepower Rolls Royce Eagle VIII engines, Ross Smith is said to have joked that the Vimy's lettering "G-EAOU" stood for 'God, 'Elp All of Us'. Departing snow-covered Hounslow Aerodrome, London on 12 November 1919, the Vimy crew landed at Fannie Bay Airfield, near Darwin, Australia on 10 December 1919. They had flown almost 17,800 kilometres (11.060 miles) in just under 28 days, to become record-setting victors of the Great Air Race.

The coin's reverse features a representation of the Vickers 'Vimy' G-EAOU. The design includes the inscription 'CENTENARY OF FIRST FLIGHT ENGLAND TO AUSTRALIA'.