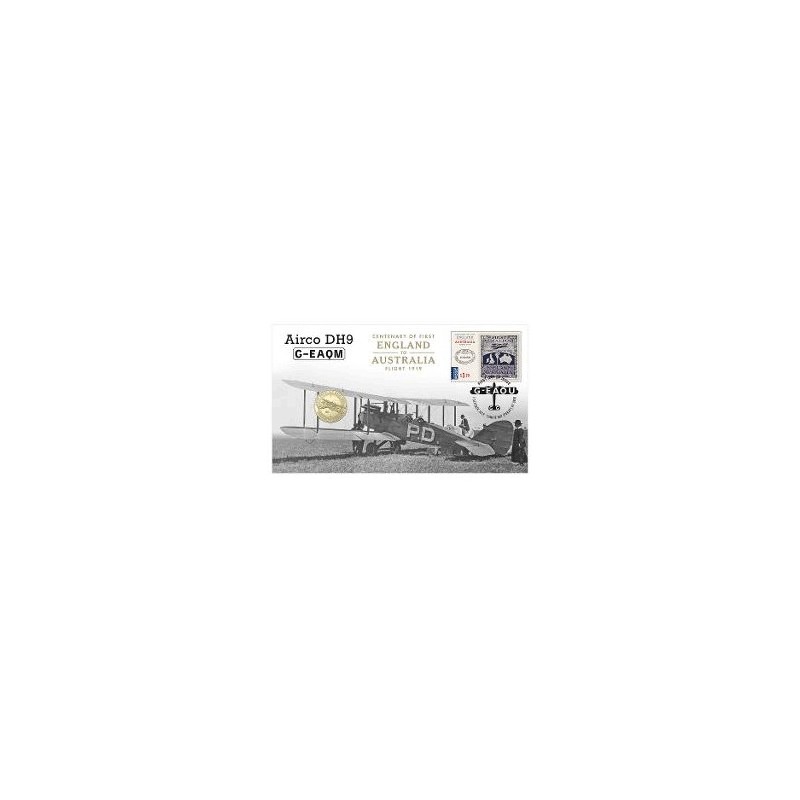 The Airco DH9 G-EAQM (formerly the Royal Air Force's F1278) was designed by English aviator and engineer Geoffrey de Havilland for British aircraft manufacturer Airco. Powered by a 230 horsepower Siddeley-Puma engine, it was flown in the Great Air Race of 1919, from England to Australia, by Australian Lieutenants Ray Parer and John McIntosh. The letters "P.D.' on the side of the fuselage acknowledged sponsorship of the flight by wealthy whisky distiller Peter Dawson.

The DH9 departed London on 8 January 1920, after Ross Smith and crew had already arrived in Australia as race victors. As the airmen faced the prospect of being the first single-engine plane to complete the flight, they proceeded anyway. The flight was beset with mechanical breakdowns, but the plane managed to land at Fannie Bay Airfield, near Darwin, Australia on 2 August 1920, the only other team to complete the journey. For their courage and persistence, and despite being well over the 30-day time limit under the race rules, they were presented with a L500 consolation prize.

The coin's reverse features a representation of the Airco DH9 G-EAQM. The design includes the inscription 'CENTENARY OF FIRST FLIGHT ENGLAND TO AUSTRALIA'.