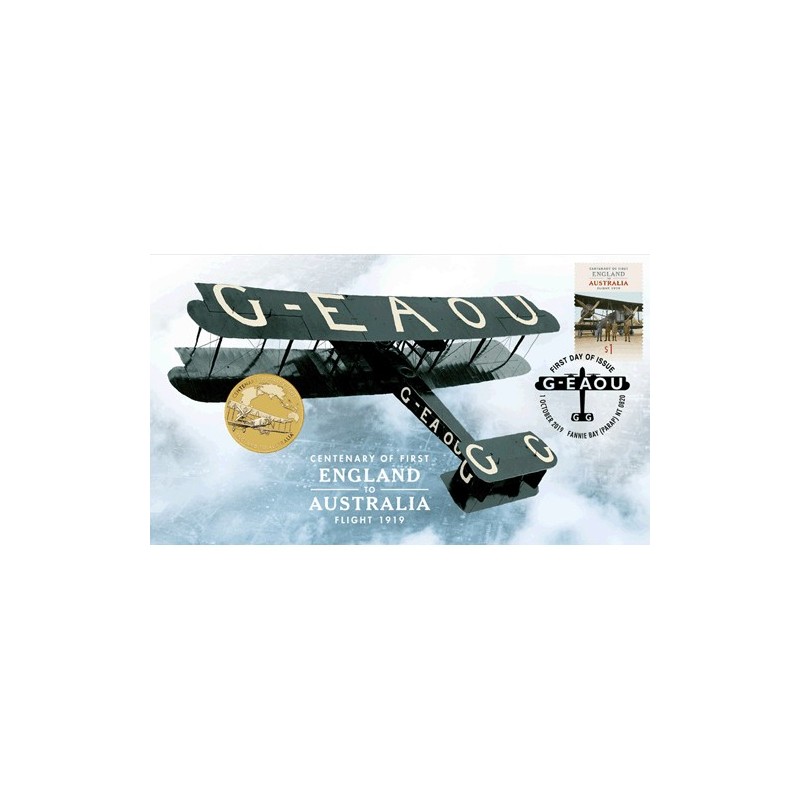 An ideal collectable for fans of aviation and history, this commemorative coin and stamp cover commemorates the extraordinary feat achieved 100 years ago of the first flight from England to Australia.

The coin's reverse features a representation of the converted ex-WWI bomber that made the harrowing expedition and a map of the flight path. The design includes the inscription 'CENTENARY OF FIRST FLIGHT ENGLAND TO AUSTRALIA' and The Perth Mint's 'P' Mintmark.