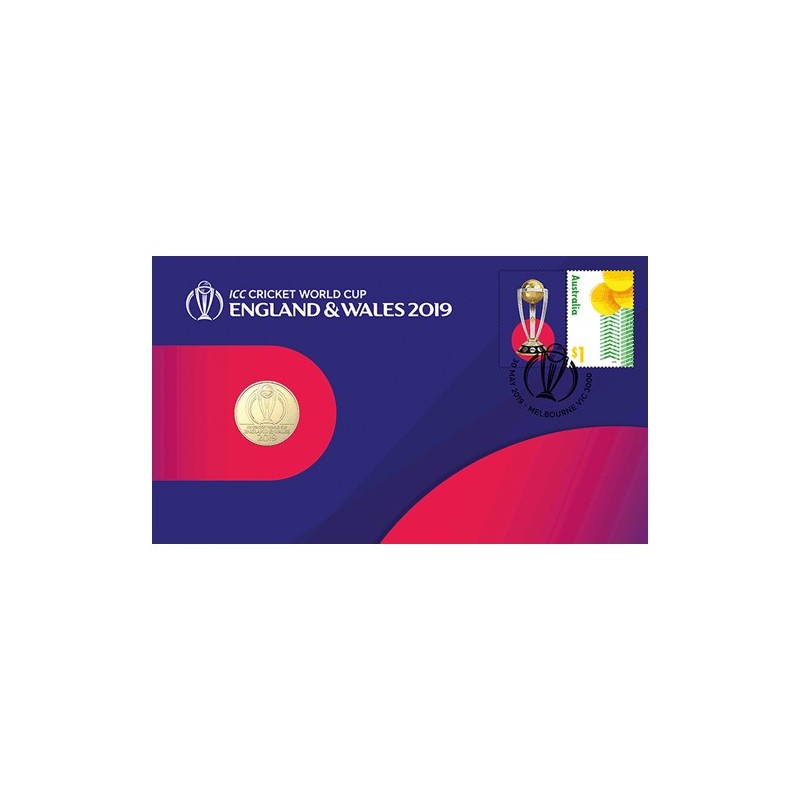 In 2019, 10 leading nations in the cricketing world converge on England and Wales, competing for cricket's most coveted limited-overs trophy in a format that pits every nation against each other over the course of six weeks.

Will Australia, the winner of five previous World Cups, continue to dominate the tournament?

From the moment the coveted trophy was lifted in the first final in 1975, the cricket world was hooked.
The ICC Cricket World Cup is now the flagship event of the international cricket calendar, engaging one fifth of the world’s population.

This Limited Edition Coin and Stamp Cover features a commemorative $1 Australia Post stamp and is postmarked first day of issue 30 May 2019 - Melbourne VIC 3000.